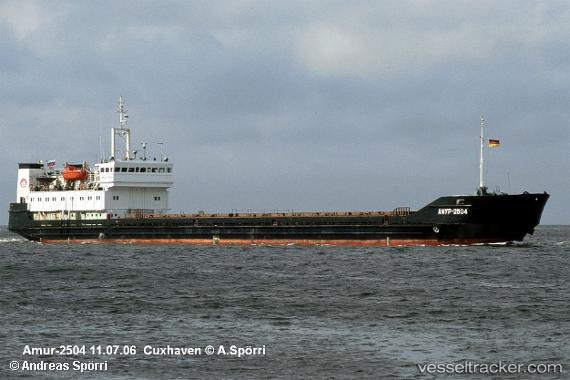 En route from Nowshahr, Iran to Astrakhan vessel ran aground on the Volgo-Caspian Ship Canal

General cargo with container capacity Vafa-3 (3086 gt, built 1984), while en route from Nowshahr, Iran to Astrakhan, ran aground, at the 153.4-kilometre mark on the Volgo-Caspian Ship Canal, on Oct 1. According to the Russian MRCC, the vessel has not been able to refloat on its own. By the order of the Captain of the port of Olya, vessel traffic on the canal in the vicinity of the grounded vessel, during darkness, has been suspended. -- Correspondent. [Note: According to Lloyd?s List Intelligence AIS, general cargo with container capacity Vafa-3 , remains aground, in position lat 045 04 14N, long 047 41 31E, at 07:03 hrs, 43 nautical miles from Olya, today.]

Cargo ship ran out of fuel

State Maritime Administration of Azerbaijan has rendered assistance to the "Amur 2504" which sent distress calls in the territorial waters of Azerbaijan on Nov 3, 2014, at 3:23 p.m. LT (UTC/GMT +4 hours) as it had run out of fuel. The ship was heading to the Anzali port. After assistance the voyage was resumed on Nov. 4 at 11:30 a.m.

Albros Shipping Co., Istanbul, would like to inform, that Amur 2504 is still listed in Equasis database as belonging to Albros. Vessel was sold some time ago, and currently is owned and managed by other companies.