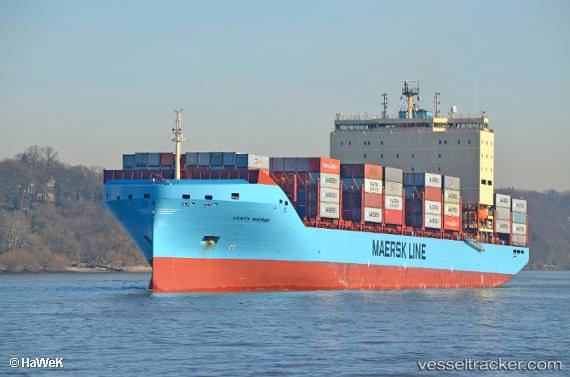 On 28 September container terminal JSC Petrolesport (PLP, a Global Ports Group company) started handling VENTA MAERSK that arrived in Saint Petersburg by the Northern Sea Route, says Ust-Luga Container Terminal. On 26 August MAERSK operated vessel headed off Vostochnaya Stevedoring Company (VSC) terminal which is also part of the Global Ports Group. It took 31 days to travel from the Russian Far East to Saint Petersburg. The project has been the first ever passage by a container ship by the Northern Sea Route. VENTA MAERSK delivered 660 containers to Saint Petersburg, including many reefer containers with Kamchatka fish products.

The "Venta Maersk" has successfully passed through the Northern Sea Route, conducting a one-off trial passage. She arrived in Saint Petersburg after 37 days on Sep 28. The "Venta Maersk", one of Maersk Line’s new Baltic feeders, embarked on her voyage on Aug 22 in the port of Vladivostok. The route included further stops in Vostochny Stevedoring Company and Busan, before passing through Bering Strait on Sep 6 on her way to Bremerhaven. The trial allowed to gain exceptional operational experience, test vessel systems, crew capabilities and the functionality of the shore based support setup. The voyage went according to plan and without specific incidents. The vessel and all systems aboard performed well in the unfamiliar environment. While the passage is feasible around this time of the year and marked by a lack of obstructive ice, ice conditions in the East Siberian Sea required assistance by icebreakers. Maersk had taken different precautionary measures to ensure that the trial was done with the highest considerations for the safety of crew, cargo, environment, and vessel. During the trial, Maersk has been in close and regular dialogue with the Northern Sea Route Administration and ice breaker companies. The crew underwent special training and was joined by Northern Sea Route certified ice Pilots during the entire transit.

Maersk’s ice-class ship Venta Maersk has navigated through the Northern Sea Route for the first time. “The vessel left the port of Vladivostok on August 23 and passed through Bering Strait around September 6. At the moment, Venta Maersk is sailing down the coast of Norway and it looks like she will arrive in St Petersburg next week,” Maersk spokesperson confirmed to World Maritime News. “All is well aboard. The vessel is performing well and all systems are working.” The 3,600 TEU Venta Maersk is the world’s first commercial containership to venture through the route, as the lane was reserved for tankers and most recently passenger ships. Maersk described its decision to send one of its boxships to transit the route as a trial run aimed at collecting scientific data.