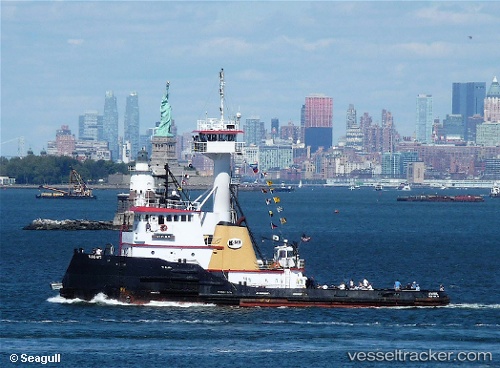 The Coast Guard responded to reports of a fire on the "Viking" 18 miles east of Block Island, Rhode Island, on June 8, 2014. Watchstanders at Coast Guard Sector Southeastern New England in Woods Hole, Massachusetts, were notified at approximately 3:30 p.m., of an engine fire aboard the tug. The vesselâs on board fixed fire-fighting system was able to extinguish the fire, leaving the vessel disabled with 10 people aboard. Responding were crews from: Coast Guard Station Castle Hill, Rhode Island, Coast Guard Station Point Judith, Rhode Island, Coast Guard Station Menemsha, Massachusetts, ,Coast Guard Air Station Cape Cod, Massachusetts and the Cranston Fire and Rescue as well as the North Kingston Fire Department. The owner of the tug dispatched two relief tugs to the scene. The "Viking" was able to restore the engine power and transited to the Buzzards Bay under escort of the tug "Sebine". None of the ten people aboard the tug were injured, and no pollution was released as a result of the fire. Report with photo: http://wpri.com/2014/06/08/coast-guard-firefighters-respond-to-tugboat-fire/

On May 30, 2014, short past midnight a fire broke out aboard the "Viking" which was berthed in Mariners Harbor. Arriving firefighters quickly awoke the captain and five crew members in time to safely evacuate them from the vessel, which was docked at the Kirby Offshore Marine site located on the harbor along Richmond Terrace. None of the evacuated crew members had any injuries. The fire broke out on the upper deck just after 12:30 a.m. Smoke was visible from Richmond Terrace as firefighters arrived at the facility, quickly stretching fire hoses and dousing the flames with water. The fire caused minimal damage to the ship, some blistering of the paint on the deck's exterior, as firefighters put out the blaze just after 1 a.m. Report with photos: http://www.silive.com/news/index.ssf/2014/05/tugboat_crew_evacuated_after_s.html