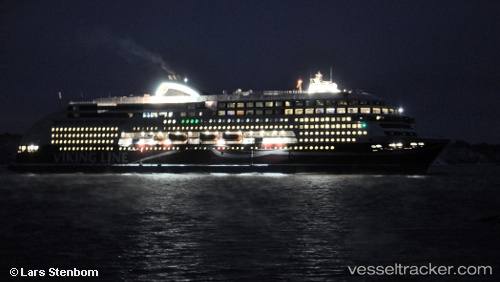 Rowing boat rescued mam who went over board

On May 6, 2022, just before 4 pm Swedish time a man went over board the 'Viking Glory' in the Stockolm archipelago. Residents on the island of Yxlan observed the incident and approached the man with a rowing boat. They brought him ashore at Yxlan, where rescue personnel and an ambulance helicopter were waiting. The person appeared unharmed. The police agreed with the man to take him to a care facility.

Three crew members of the "Viking Grace" plunged into the sea from during a rescue exercise in the evening of Aug 5, 2019, while the ferry was en route from Stockholm to Turku. When the MOB-boat was lowered, one of ropes gave way, and the sailors fell into the water off Turku. All were recovered soon after, and none of them was injured. Due to the incident, the night tour to Stockholm started half an hour later than scheduled at 8.30 p.m. The ferry arrived back in Stockholm on Aug 6 at 6.20 a.m.

Independent tests have shown that Viking Line’s Viking Grace could save up to 300 tonnes of LNG fuel per year in the long term by using Norsepower’s Rotor Sail technology. Viking Grace, which operates in the Åland archipelago between Finland and Sweden, was retrofitted with one medium-sized Norsepower Rotor Sail Unit in April 2018 , making her the first-ever cruise ferry to be powered by LNG fuel and wind-generated electricity. Developed as a modernised version of the Flettner rotor, the fully automated solution senses when the wind is strong enough to deliver fuel savings and automatically starts the rotors. According to analysis carried out by software and data analyst NAPA and technology provider ABB, there was an “evident change” in the propulsion power breakdown of Viking Grace, caused by the Rotor Sail.