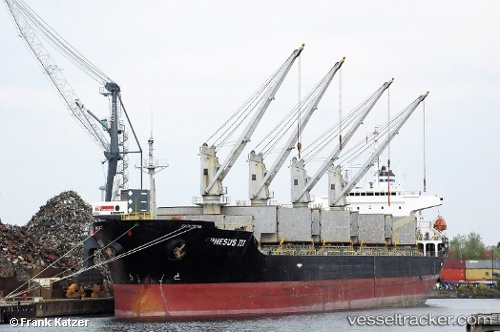 Sold as Ephesus 3 from Thome Shipmanagement (Singapore) for 6,75 Mio. $ to Manta Denizcilik (Turkey)

On Aug 14, 2016, at 9.38 p.m. the Bulkcarrier "Alexandros Theo" was in collision with the "Ephesus III" on the Ahikapi anchorage off Istanbul after passing the Bosphorus in southern direction. The "Ephesus III" allided with the anchored "Alexandros Theo" which was en route from Varnanto Ghent, the other ship was en route from Tuapse to Alexandria. Both vessels suffered slight damages and anchored near collision site.