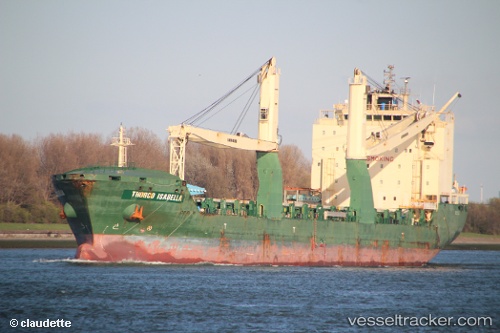 Armed guards aboard the 488-foot (148-meter) Maersk Texas thwarted the attack northeast of the Emirati port of Fujairah, Danish shipper A.P. Moller-Maersk said, Bloomberg reports. The Copenhagen-headquartered company said armed attackers in "multiple pirate skiffs" raced straight toward the ship around noon Wednesday despite clear warning signals from the Texas. Guards on board fired warning shots, but the suspected pirates opened fire, prompting ship guards to shoot back at them, according to the shipping line. No one on the Texas was injured in the incident, and the ship continued on its voyage to the U.S., Maersk said. Iranian news agencies reported that the suspected pirates fled when Iran's navy intervened after responding to an emergency call from the American ship. Lt. Cdr. Mark Hankey, a spokesman for the Bahrain-based Combined Maritime Forces, was unable to confirm Iran's role in the incident. He also cast doubt on whether the event was an act of piracy at all. http://www.businessweek.com/ap/2012-05/D9UV4R401.htm

IRAN’S navy says it has saved a US-flagged cargo ship that was under attack from pirates in the Gulf. An Iranian warship responded to a distress signal from the US-flagged Maersk Texas, a cargo ship of 500 feet and 14,000 tons, which was besieged by "several pirate boats," the navy said in a statement reported by the official IRNA news agency. The cargo vessel "was saved by the navy of the Islamic Republic of Iran" on Wednesday, IRNA added. The pirates "fled the scene as soon as they spotted the presence" of the warship. Maersk Texas "thanked the Iranian navy and sailed towards its destination safely," it added. It was the first time the Iranian navy protected a US ship from pirates. Maersk had sailed from the UAE port of Fujairah, south of the Strait of Hormuz at the entrance of the Gulf, and was headed for the United States.