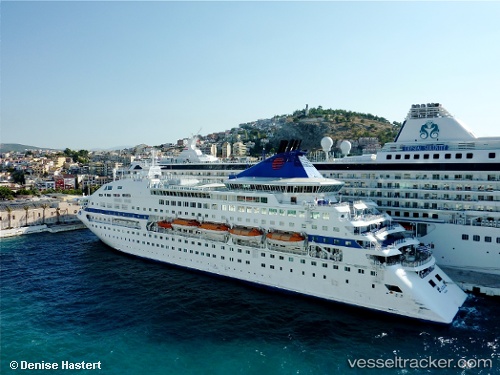 Cyprus-based operator Celestyal Cruises is to launch two new itineraries for Celestyal Crystal sailing to Turkey and Israel in autumn and winter 2019. Celestyal Crystal will debut seven-night itineraries from Piraeus, Athens, making stops in Istanbul, and Çanakkale, Turkey and the Greek ports of Volos, Heraklion, Santorini and Mykonos. Departures of ‘The Eclectic Aegean’ voyages will take place in October and November. The vessel will also sail a ‘Three Continents’ voyage to Alexandria and Port Said in Egypt; Ashdod, Israel; Limassol, Cyprus; Rhodes and Piraeus, Greece; and Kusadasi, Turkey. There will also be Christmas and New Year’s sailings in December. Prior to embarking on her new itineraries, Celestyal Crystal will undergo a suite refurbishment project.

In the evening of Aug 28, the Port Authority of Syros was informed by the "Celestyal Crystal" upon the arrivak at Syros from Mykonos, that a 76-year-old passenger was in need of immediate hospital care. An ambulance of the EKAB was notified by the Port Authority, which transferred the patient to the General Hospital of Syros for medical care.