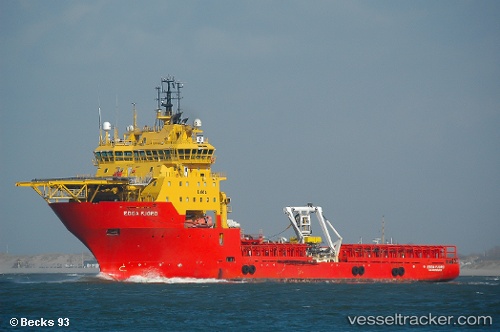 A 19-foot Seacraft vessel was found on Mar 18, 2016, by the Norwegian multipurpose supply ship Edda Fjord about 100 miles off the coast of Bermuda. The boat, which was floating in the shipping lane, was removed from the water by the crew of ship, which was returning to Norway. Personal items including a cell phone and plastic tackle boxes were found on board. The marine store sticker and engine serial number helped the authorities to identify the boat of two Florida teens who went missing at sea in summer 2015. The U.S. Coast Guard and Florida Fish and Wildlife Conservation Commission confirmed on Apr 23 that the boat belonged to Perry Cohen and Austin Stephanos, both 14, who got lost at sea during a burst of severe weather on July 24. The families of the two boys have been notified. The boat qA expected to arrive by shipping container to the United States from Norway on May 16. The personal effects that were onboard the boat will be returned to the families of the victims, and subsequent information retrieval efforts from any of those items will be at their discretion The fish and wildlife commission will examine the vessel for any new information, and return the boat to the family. Perry’s mother, Pamela Cohen, and stepfather, Nick Korniloff, thanked the captain and 16-member crew of the "Edda Fjord" for recovering and salvaging the vessel in which our son and his friend disappeared on. Days after the boys went missing, searchers had located the boat dozens of miles off Florida’s Atlantic coast, well north of Jupiter, the community the pair left days earlier. The Coast Guard attached a data marker buoy to the boat because water was too deep for an anchor. One life jacket was found in the water, but there was no sign of the boys. But the boat had drifted away by the time investigators arrived with salvage equipment to tow it about 67 nautical miles off Florida’s Ponce de Leon Inlet. The data marker buoy malfunctioned, and the craft was not located again until its retrieval by the "Edda Fjord" which berthed in Haugesund on Apr 12. Reports with photos: http://www.sun-sentinel.com/local/palm-beach/fl-tequesta-teens-cellphone-20160424-story.html http://edition.cnn.com/2016/04/23/world/florida-missing-teens-boat/index.html

The "Edda Fjord" departed from Mekjarvik on Nov 10 and proceeded to Haugesund for repairs before starting a new task in Kristiansund on Nov 18.