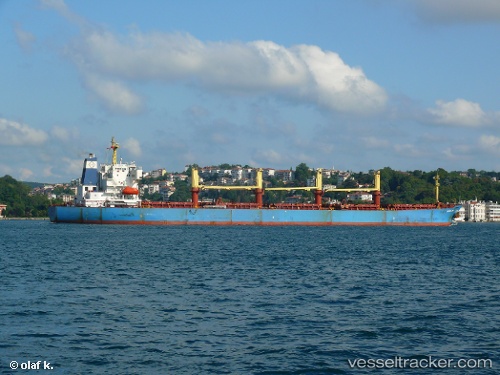 The operators of the "Arios SB" on Nov 2, 2011, have been fined $750,000 after pleading guilty Wto felony oil pollution charges in connection with a reported oil spill last month at the Port of Portland. Half the fine, $375,000, levied at A.E. Nomikos Shipping Inv. Ltd. of Greece And Jounia Shipping Co. Ltd. of Cyprus will go to the Oregon Governor’s Fund for the Environment. On Oct 18, the U.S. Coast Guard along with state regulators had responded after the oil spill was reported at Portland. 300 fish were later found dead in the water. It's not yet clear whether the fish died because of spilled oil. The Coast Guard boarded the "Arion SB" on Oct. 16 to conduct a Port State Control Safety Exam. An investigation revealed that between June and October of 2011 the shipping companies directed the "Arion SB"’s chief engineer to have the engine room crew pipe clean water directly into the ship’s Oil Content Meter with the purpose of manipulating the meter’s readings. Both companies pled guilty to one count each of violating the act to prevent pollution from ships and knowingly making false statements to the U.S. Coast Guard. U.S. District Judge Michael H. Simon also sentenced both companies to three years probation. The U.S. Coast Guard, U.S. Coast Guard Investigative Service, the Environmental Protection Agency Criminal Investigation Division investigated the case.

The Coast Guard and state regulators are investigating an oil spill at a Port of Portland soda ash export terminal last week and the subsequent death of some 300 fish. The spill may have come from a Cyprus-flagged bulk carrier loading soda ash. The Coast Guard investigation has focused on the 621-foot bulk carrier docked in the slip, the Arion SB, owned by Lounia Shipping Company of Cyprus. On Friday, the Coast Guard ordered the ship to remain at Terminal 4 until repairs are made to discharge valves and bilge piping. The ship also needs to properly document disposal of all oily residues, the order says. "Until they fix these problems, it doesn't go anywhere," said Petty Officer 3rd Class Nate Littlejohn, a Coast Guard spokesman. The ship moved within Terminal 4 on Friday to make space for an arriving vessel. That's when the dead fish were spotted, the Port said. http://www.menafn.com/qn_news_story.asp?storyid=%7Bba18a1f2-f074-4d2d-9774-e831ae8bd2e7%7D