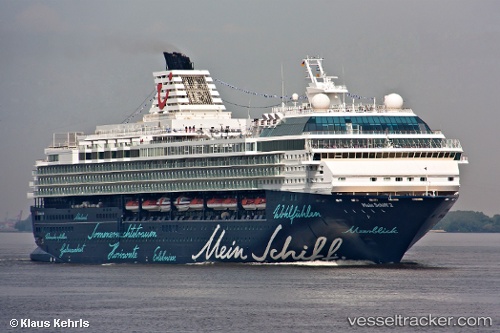 In the night of June 20 a passenger of the 'Mein Schiff Herz' was medevaced by the patrol boat 'CP 306' of the Italian Coast Guard. The 82-year-old German national had suffered a heart attack while the ship was sailing off the coast of northern Sardinia. After receiving the emergency call, the Olbia Maritime Directorate, made contact with the doctors of the CIRM (International Radio Medical Center) and alerted the Port Authority of La Maddalena from where the 'CP 306' was deployed for the medical evacuation of the victim. After embarking the medical staff, the patrol boat rendezvoused with the cruise ship north of the island of Corcelli where the man was subjected to the first medical treatment by the medical personnel. Subsequently, he was taken to the port of Palau, where an ambulance was waiting for the transport to the Hospital of Olbia. Report with photo: https://www.sardegnareporter.it/2022/06/passeggero-evacuato-da-nave-da-crociera/461139/

On June 11, 2022, the 'Mein Schiff Herz', while passing through Cabo de Palos en route from Alicante to Ibiza, requested the urgent evacuation of a crew member who had been injured in a fall on board. The MRCC of Salvamento Marítimo in Cartagena mobilized the SAR vessel 'Salvamar Draco' that embarked the injured and a doctor and the victim to port for transfer to hospital.