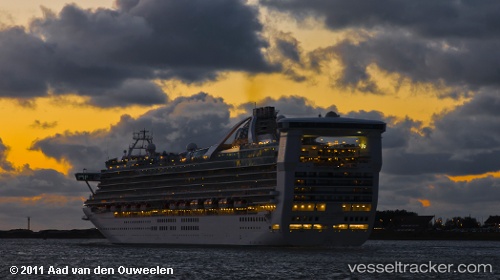 On Oct 5, 2022, a man was medevaced from the 'Pacific Encounter' off the coast of Central Queensland after suffering medical issues. The RACQ Capricorn Rescue team hoisted the 70-year-old passenger, who had suffered a stroke, from the ship that had been sailing 264 km east of Rockhampton en route from Brisbane to Papua New Guinea. A paramedic had joined the crew for the mission and the chopper had to fly via Heron Island to refuel before heading to the cruise ship. The man was stabilised and taken to Rockhampton Base Hospital for further treatment. Report with video: https://cruisepassenger.com.au/news/man-rescued-pacific-encounter/

The US Coast Guard medevaced a 76-year-old woman approximately 35 miles southwest of the Golden Gate Bridge, in the morning of Sep 18, 2018. The "Star Princess" contacted Coast Guard Sector San Francisco watchstanders at approximately 5 a.m. requesting assistance for a passenger experiencing symptoms of gastrointestinal issues. A Coast Guard Air Station San Francisco MH-65 Dolphin helicopter crew and a Coast Guard Air Station Sacramento C-27 Spartan aircraft crew launched to assist. Once on scene, the Dolphin crew lowered a rescue swimmer who assisted with hoisting the woman into the helicopter. The Dolphin crew arrived at Stanford Hospital shortly after 8 a.m., and transferred the woman to awaiting medical personnel.