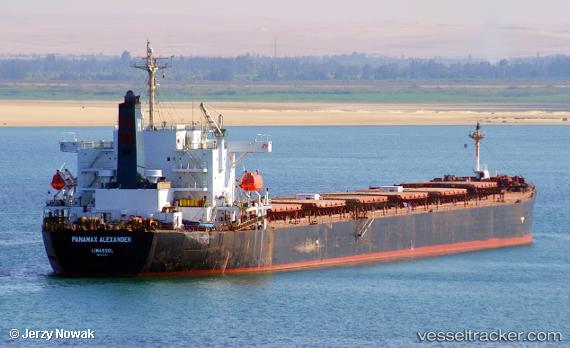 A dead Ukrainian sailor from the 'Panamax Alexander' was found in Mexico, . On May 10, 2020, the Ukrainian Embassy in Mexico received a message about the disappearance of a citizen of Ukraine board the ship. The captain initiated a search for the crew member at the place of a possible fall into the sea and the incident was reported to the port administration of Masatlan. The funds of the Mexican Navy were attracted to the search work, body of Ukrainian sailor was found by local fishermen. A criminal case was opened on this fact, the Mexican law enforcement authorities were conducting an investigation. The Embassy of Ukraine in Mexico is taking measures to search for relatives of the deceased citizen of Ukraine. The case esd under the control of the Department of Consular Services of the Ministry of Foreign Affairs and the Embassy of Ukraine in Mexico. The bulkcarrier, which had sailed from Gunsan on April 15, berthed in Manzanillo on May 10 at 10.50 a.m.

The container ship "Aeneas" ran aground in the Suez Canal on July 15, 2018, at 6.30 p.m. when the ship was transiting the canal in a southbound convoy. She was refloated in short time and towed to the southern Suez anchorage. The ship was en route from Southampton to Singapore. As a cause of the grounding, the "Panamax Alexander", "Sakizaya Kalon" and "Osios David" ran into each other. They were in a convoy heading southbound through the canal. he "Aeneas" was the 20th ship out of 27 in the convoy. The following ships avoided striking the "Aeneas", but instead hit each other. The accident led to the southern part of the channel being closed for several hours. The "Osios David" was subsequently able to sail to Suez, where she was now anchored, while the "Panamax Alexander" and the "Sakizaya Kalon" were towed to the Great Bitter Lake, where they both were anchored. While the "Panamax Alexander" was being pulled to the Great Bitter Lake, it collided once again, this time with the container ship "NYK Orpheus". It was moored in the Great Bitter Lake with the tugs "Baraka 1", "Mosaed 1", "Mosaed 4" and "Salam 9" assisting.