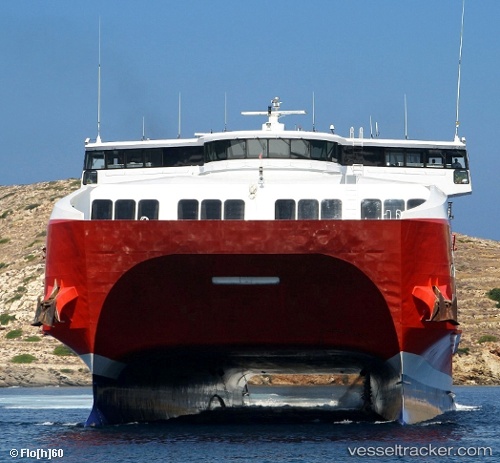 The 'Santorini Palace' suffered a malfunction of its 3rd main engine in the morning of July 2, 2021. The vessel was at Thira, preparing to leave on its scheduled service to the ports of Naxos, Paros, Mykonos, Syros, and Piraeus, carrying 563 passengers. The Port Authority of Thira initially detained the vessel in port until a certificate of seaworthiness was issued. It was then permitted to depart and continue its service to the port of Piraeus, where the vessel was inspected by the classification society that monitors it.

On Aug 17, 2020, the 'Santorini Palace' suffered a damage to one of its four main engines short after the departure from Heraklion at 11 a.m. enroute to Thira, Naxos and Mykonos with 598 passengers and 44 private vehicles as well as trucks and motorcyles on board. The speed immediately decreased, and the ship continued to sail at a reduced speed despite the difficult weather conditions with winds of up to 7 Beaufort. It arrived at Thira upon Santorini at 11.50 a.m. The passengers were carried on with the care of the owner. Officials of the Port Authority of Thira found a malfunction in the external starboard side main engine and banned the ship from sailing until repairs were carried out and a seaworthiness certificate from the monitoring classification society was presented. The ship continued its voyage at 4.30 p.m. and returned to Heraklion at 7.10 p.m.

In the morning of Aug 23, 2019, at 9.40 a.m. the 'Santorini Palace' suffered a breakdown of one of the main engines after leaving port for the scheduled voyage from Heraklion to Santorini with 728 passengers on board. The ship continued its voyage with three engines to Io, Paros, Mykonos and back to Paros, Santorini, Heraklion. The ship arrived at the port of Santorini at 12:10 p.m. instead of scheduled at 11:40 a.m. and was detained for repairs after all passengers were disembarked. It was not known whether the passengers were to be transported to their destinations by the same ship or by other ships and with the care of the shipowner.