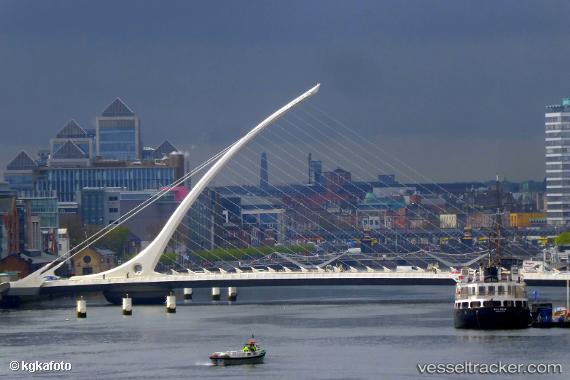 Irish ports in 2017 will have their busiest ever cruise ship season with over 300 vessels scheduled to visit ports and harbours, large and small, around the island. The record year further extends the success of the past three years which has seen a 50% increase in the number of cruise calls to Ireland. Currently most cruise ships to the island call at ports in the major cities of Dublin, Belfast and Cork, but smaller ports such as Galway, Derry-Londonderry, Waterford, Killybegs and Dun Laoghaire are also attracting calls, spreading the economic impact of the cruise industry across the whole island. http://afloat.ie/port-news/cruise-liners/item/35242-irish-ports-to-welcome-record-number-of-cruise-vessels-in-2017

The largest dry dock in the State and the last remaining working dry-dock (No. 2) in Dublin Port is to close marking an end of an era of our maritime heritage, writes Jehan Ashmore. The 200m dry dock is where the replica tallship Jeanie Johnston is undergoing work, however according to RTE the Dublin Port Company said the reason for the closure is due to ships on the Irish Sea are too big to fit in the dry dock. The port company also cited ships already are been repaired in UK yards, though Afloat has reported on Arklow Shipping using Cork Dockyard albeit a smaller dry-dock. DPC added they have expansion plans for the port which require infilling the dry dock as part of the €277m Alexandra Basin Redevelopment (ABR) project, see below. This will represent phase one of the port’s Masterplan: 2012-2040 to meet growing demands of trade and port infrastructure capacity. http://afloat.ie/port-news/dublin-port/item/34938-last-remaining-working-dry-dock-in-dublin-to-close

Storm Barbara swept across North Wales bringing gale force winds and torrential rain. The severe weather had forced National Trust properties to close, ferries to be cancelled and transport bosses to put in restrictions on roads and railways. Huge waves caused Irish Ferries to cancel six Swift sailings between Holyhead and Dublin today due to the “adverse conditions”. However, Ulysses and Epsilon sailings were continuing as normal. Stena Line has also warned passengers that the wet and windy conditions may cause disruption. The UK Coastguard had issued a warning for people to “think twice” before going to sea and urging them not to put their lives at risk by taking selfies. Coastal operations area commander Ross Greenhill said: “We always advise people to check the weather and tidal conditions before they set out so that they can either prepare accordingly or consider whether they should even be going out at all. “At sea, changes in tidal streams can make conditions worse, particularly if the wind and tide are against each other and tidal heights may hide underwater hazards. Source: Dailypost