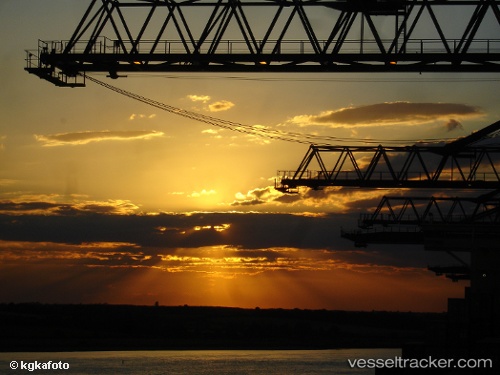 Workers at Felixstowe have decided to go on a strike for the first time since 1989. Shipping firms and union leaders have warned that the actions could heavily impact the supply chains and also leave buyers waiting for their necessary goods and other commodities. Nearly 1,900 members of the Unite at Felixstowe have walked out in a dispute regarding pay in the most recent outbreak of industrial action to hit some sectors of the economy. Workers, including machine operators, crane drivers, and stevedores will take action after voting by more than nine to one in favor of strikes. The union said that the eight-day halt is likely to have a significant impact on the port that typically handles almost 4m containers in one year from about 2,000 ships. Felixstowe handles about half of the containerized freight that enters the country and the actions could indicate that vessels have to be diverted to ports in other places in Europe or the UK. Haulage majors have warned that the strike could have a serious impact on business, while trade organizations have said that the consumers could be affected by price increases. All through Suffolk, the bill could run into millions and all over the country a lot more. It is not going to impact the food supply chains as all fresh produces are in stock, but it will impact the supply chain in terms of fences, furniture, and bits and bobs. Maersk, one of the largest container shippers in the world, has said that the strike may cause delays and force it to make changes to its vessel lineup. In the meantime, consumers may be hit with price hikes and shortages of some products. Consumer prices are already rising owing to the increases in the shipping rates experienced since the middle of 2020. Further disruptions in the UK are going to add to the cost pressures, even though the temporary unavailability of some commodities may be the first noticeable impact on the consumers.