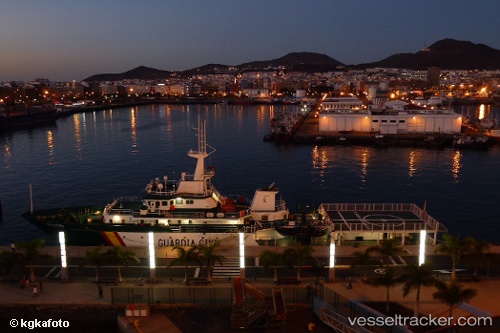 The new emblematic terminal of the Naviera Armas-Trasmediterránea Group, situated on the Nelson Mandela Pier, Port of Las Palmas de Gran Canaria, is up and running. The new terminal will serve both passenger and freight traffic. It is the first privately-financed passenger terminal in a Spanish state-owned port.

TIL Becomes Owner of Noatum Terminal

Spanish terminal operator Noatum Ports has sold all its shares, or around 45% of the total, in the operator of a container terminal at Port of Las Palmas de Gran Canaria in Spain's Canary Islands. With the sale, Swiss-headquartered Terminal Investments Limited (TIL) has bought the remaining interest in Operaciones Portuarias Canarias (OPCSA Las Palmas). TIL previously held 55% of OPCSA shares, but with the purchase it will become the sole owner of the terminal company. https://www.porttechnology.org/news/til_expands_spanish_terminal_stake

Fire in port of Las Palmas

The Port of Las Palmas has registered two incidents within four hours in the morning of Dec 27, 2016. The 24-m- f/v “Alexandra”, which had been towed into port by two other vessels, sank between 7 am and 7:15 p.m. at the Cory Wharf, where abandoned ships are concentrated. The ship was empty of fuel, but as a precaution oil booms were laid out to contain residuel oil or wood chips. A few hours later the Korean trawler “Apsari 3”, 348 gt (IMO: 7051204) caught fire during some work which was carried out by the company Logiscrap, which was dismantling it. The fire brigade and tugs of Salvamento and the port were busy to douse the flames. Spanish reports with photos and video: http://www.laprovincia.es/multimedia/fotos/las-palmas-de-gran-canaria/2016-12-27-78681-barco-chatarra-hunde-puerto.html http://www.laprovincia.es/multimedia/fotos/las-palmas-de-gran-canaria/2016-12-27-78681-barco-chatarra-hunde-puerto.html