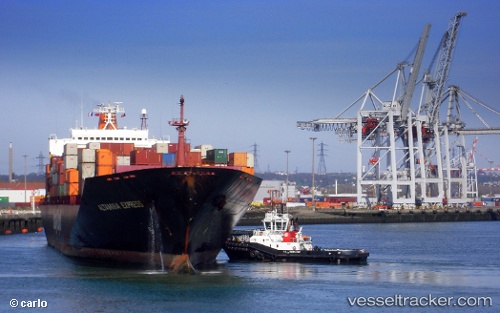 A joint venture featuring CMA CGM and DP World has been granted the contract to expand box facilities at the port of Le Havre in northern France. Générale de Manutention Portuaire (GMP), a joint venture held 50:50 by DP World and Terminal Link, a subsidiary of the CMA CGM Group, will build and operate the 1m teu container terminal for the Port 2000 berths 11 and 12 under a 34-year concession. The new terminal will include a 700 m long quay and 42 ha of land.

Kalmar, part of Cargotec, has been awarded a contract to heighten four ZPMC ship-to-shore (STS) cranes operated by Generale de Manutention Portuaire (GMP), a joint venture between DP World and Terminal Link (CMA-CGM), located in the port of Le Havre.

Port of Le Havre has berthed six Saudi Arabian national shipping line vessels with a ro-ro service for containers, as well as conventional and heavy-lift cargo, since the beginning of June. The new bimonthly service, which links HAROPA to the Red Sea and the Arabian Gulf, provides a more direct route for various export goods such as new vehicles, construction machinery and electric power generators, as well as railway and miscellaneous construction equipment. Six ships have been deployed as part of the service. Among them, the Bahri Tabuk, which opened the new sea link to the ro-ro terminal in Le Havre. These 225m-long vessels are equipped with an access ramp with a capacity of 250 tonnes and two cranes each lifting 120 tonnes. In Le Havre, Bahri are represented by Shipping Agency Service, a subsidiary of the Naxco group. Source: Arabian Industry