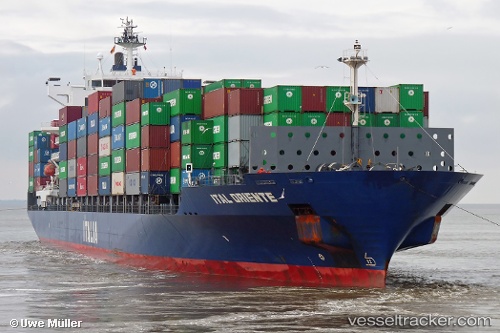 Hapag-Lloyd will further enhance its West Africa product, the company said in its press release. As of week 47, Hapag-Lloyd will introduce the DEX (Dakar Express) Service which will offer weekly sailings from North Europe to Senegal and Mauretania and vice versa. In addition, these markets will be well connected with Global Mainline Network via Tangier. At the same time Hapag-Lloyd will remove Dakar from the WAX (West Africa Express) which will significantly reduce operational stress on this service and improve the schedule reliability. The DEX will be composed of 4 x 1700 TEU vessels, all operated by Hapag-Lloyd, with following rotation: Antwerp – Dunkerque – Lisbon – Tangier – Dakar – Nouakchott – Tangier – Leixoes – Antwerp

Haydarpasa, Gebze and Gemlik were previously served from Piraeus by the carrier's Greece Turkey Service (GTS), which is being reconfigured, with a new rotation covering only Piraeus, Istanbul, Izmir, Thessaloniki, Piraeus, while the Taranto call will be cut.The revamped GTS will be launched on October 8 from Piraeus, and will be operated by only one vessel as opposed to two previously, namely, the 2,824-TEU Ital Oriente.