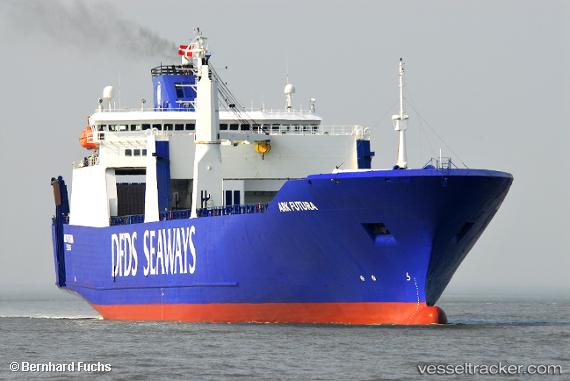 200 tons of Syrian chemicals arrive in UK for destruction

Some 200 tons of toxic chemicals have been delivered to the UK from Syria after the battle torn country agreed to the destruction of its stockpile last year. Industrial grade chemicals, intended for the production of chemical weapons, are being unloaded from the danish ship Ark Futura at Marchwood Port in Hampshire before being transported by road to Ellesmere Port in Cheshire for incineration by Veolia Environmental Services. The operation has been overseen by the Organisation for the Prohibition of Chemical Weapons (OPCW) and the United Nations. Many European nations, the US, Russia and China will also play key roles. The chemicals were delivered to Marchwood by the Danish ship Ark Futura, with inspectors from the OPCW on hand to verify the delivery of the shipment. The UK is accepting 150 tons of “B” precursors from the Syrian chemical stockpile, 44 tonnes of hydrogen chloride and 6 tonnes of hydrogen fluoride, used in pharmaceuticals, for destruction.

The international operation to destroy Syrian chemical weapons entered its final phase on July 2, with the stockpile being loaded onto the "Cape Ray" which was equipped to dispose of them. Hundreds of tons of mustard gas and ingredients to make Sarin nerve gas were transferred from the "Ark Futura" amid tight security. An exclusion zone was set up around the port in the Reggio Calabria region as the vessels moored stern-to-stern, and the containers were moved from one ship to the other by crane and a vast climbing platform. The operation was being overseen by the Organization for the Prohibition of Chemical Weapons (OPAC). Safety officers in the area were constantly monitoring for the possible release of dangerous toxins into the amid protests by Italian environmentalists. Between six and seven containers were being loaded onto the "Cape Ray" per hour, with 62 of the 78 on board by late afternoon. Once the chemical agents have been safely transferred, they will be destroyed in international waters. The tranfer of the 78 containers with 760 tons contents was finished at 6 p.m., and the "Cape Ray" headed to the open sea. Rpeorts with photos: http://online.wsj.com/articles/syrian-chemical-weapons-being-moved-to-u-s-ship-for-destruction-at-sea-1404309946 http://www.stuff.co.nz/world/europe/10228563/Ship-sets-sails-with-Syrias-chemical-weapons