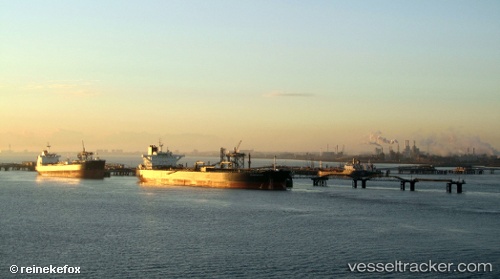 On August 1, ABP announced new customers for the Port of Immingham this week: The port welcomed the first vessel in a new contract with customers Top Blue and The Fuel Trading Company. The new deal is expected to bring an extra 30,000 tonnes per year through the Port of Immingham – the largest Port by tonnage in the UK. The cargo being delivered is Prilled Urea which is a key part of the mixture for the AdBlue market.

Samskip Iceland is changing ports in the UK on 16 July, moving from Immingham to Hull, the company said in its press release. Samskip is the Port of Hull's largest customer, where transportation to and from Iceland and Samskip's logistics network in Europe will now meet. Each year Samskip transports over 100.000 container units through the Port of Hull, making it Samskip's second largest port, following Rotterdam. “The Port of Hull offers its clients excellent service and facilities, to our customers' benefit. The relocation means shortened stay in port for our ships, which translates to better services to our customers,” says Guðmundur Þór Gunnarsson, Samskip Iceland's COO of Operations. With the ports of Hull and Immingham being relatively near each other there will be no changes relating to Samskip's reception of general cargo. Samskip's warehouse placement is also unchanged.

UK port operator Associated British Ports (ABP) intends to invest GBP 50 million (USD 62.15 million) to more than double the capacity of its two Humber container terminals, in response to continued growth in demand. ABP has committed nearly GBP 30 million to upgrading Hull Container Terminal including the purchase of four new ship-to-shore (STS) cranes, two of which were delivered in 2016 with two more scheduled for delivery in 2018. The investment is expected to increase capacity at the terminal to some 250,000 TEU per year. Immingham Container Terminal, which also took delivery of a new crane in 2016, will be further extended with investment in new equipment and technology, bringing capacity to 300,000 TEU. According to ABP, its Humber’s investment case is based on figures showing that across the Humber container terminals there has been a 41% growth in volumes since 2013. http://worldmaritimenews.com/archives/216704/abp-to-invest-gbp-50-mn-in-humber-container-terminals/