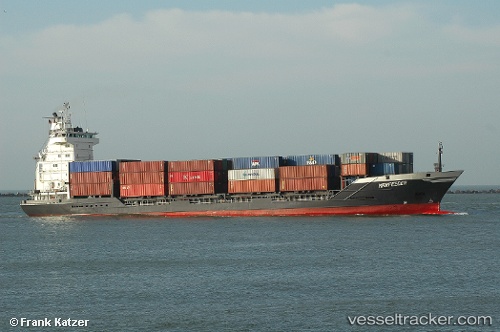 Released from arrest on June 25

While manoeuvring to berth at Ancona, a port agency?s clerk, aged 34, was hit by a mooring line and fatally injured, while standing on quay on 10 Jun 2019. Vessel arrested pending investigations by authorities, , sailed from Ancona, Italy at 1630 hrs, Jun 25.

A port worker was killed on the spot by a snapped mooring line in Ancona in the morning of June 10, 2019. The accident happened when the "BF Philipp" was being moored at the ASE Terminal, coming from Trieste, while manoeuvring to the berth. A port agency's clerk, aged 34, was fatally injured when a mooring line broke and the whiplash hit the man who was standing on quay. The vessel was arrested pending investigations by the authorities. No damages to the vessel have been reported.

On March 13, 2019, at 7.30 a.m. the "BF Philipp" (IMO:9123324), coming from Ancona, was in allision with the tug "Eduardo Junior" (IMO: 9289350), which was moored at the quay in Ravenna. After having passed the curve at Marina di Ravenna, the container ship hit the tug at port side in the Candiano Canal with its bulbous bow which tore open a tank with of diesel fuel which poured into the water, causing a large spill. Immediately the emergency protocol was activated by the harbour master's office. The employees of the nautical services along with tugs, moorers and pilots secured the ship and carry out the recovery operations. Oil booms were laid out around the damaged tug. The container ship was towed to its dock at the Ravenna Container Terminal. She left the Ravenna Container Terminal again on March 14 at 9.10 p.m. and headed to Trieste, where it berthed at the New Free Port Pier 7 Container Terminal on March 15 at 6.30 a.m. The tug was sent to the Rosetto Marino SpA Yard San Vitale in Ravenna on March 15 for repairs. Italian reports with photos: https://www.ravennatoday.it/foto/cronaca/collisione-navi-ravenna-sversamento-gasolio/#m-a-01.html https://www.ilrestodelcarlino.it/ravenna/cronaca/nave-marina-incidente-gasolio-1.4488689 http://www.ravennanotizie.it/articoli/2019/03/13/portacontainer-urta-rimorchiatore-ormeggiato-in-porto.-modesto-sversamento-di-carburante-in-mare.html http://www.ravenna24ore.it/news/ravenna/0084813-nave-finisce-contro-un-rimorchiatore-ormeggiato-marina-ravenna