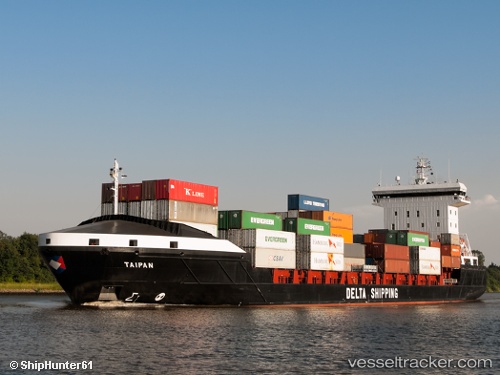 OPDR says it is going to change to a new terminal in the Port of Hamburg. The two decades-long successful cooperation with Buss Hansa Terminal comes to an end. The new terminal will be C. Steinweg Group’s Süd-West-Terminal (SWT). The first OPDR vessel will call the SWT on October 11th 2016 The Süd-West-Terminal is a highly flexible multi-purpose terminal that provides best conditions and features for the handling of short sea vessels. Situated in the heart of the port, the terminal offers more than 210,000 square meters of operational area with excellent road and railway connection as well as 65,000 square meters of covered warehouse space. The 1,350 meter long quay of the Süd-West-Terminal provides six berths. Moreover, a repair shop and storage for empty containers are readily available. The C. Steinweg Group already is a familiar and valued partner in Rotterdam where the company handles all OPDR vessels at the Rotterdam Short Sea Terminal (RST). Till Ole Barrelet, Chief Executive Officer of OPDR, states: “We thank Buss Hansa Terminal for the productive and trustful long-term cooperation and now look forward to our new partnership with C. Steinweg. The Süd-West-Terminal offers very good conditions that meet all the infrastructural requirements of OPDR.” On October 11th, the DP Legacy (925 TEU) will be the first OPDR vessel to call at the Süd-West-Terminal. The DP Legacy is deployed in the CISS service and will head for Rotterdam after leaving Hamburg again. http://en.portnews.ru/news/227614/

Germany’s Conmar Shipping KG and Athens-based Contships Management have agreed to cooperate in developing commercial and technical synergies. The partnership could possibly include joint acquisitions of container feeder vessels in the future, a statement said today. Together, the two companies say they operate 25 feeder ships. Conmar currently owns 10 feeders of between 735 and 1,036 teu, six of which have ice class 1A notation, according to VesselsValue.com. Contships was formed earlier this year by Nicolas Pateras through his company Pacific and Atlantic. The company owns nine feeders of between 706 and 977 teu. In December 2014, Contships bought DP Legacy and Tongan 2 (both 925 teu, built 2007) from Germany’s Komrowski for around $4.7m each. “This is a key milestone in Greek-German shipping where two traditional shipping groups join forces to leverage their experience and knowledge to improve their services to their clients,” Jork-based Conmar said on Oct. 30, 2015.