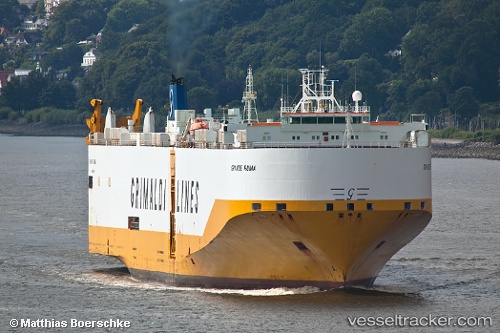 On Feb 21, 2019, at 10.30 a.m. a shuttle vehicle hit against a cargo deck of the "Grande Roma" when driving onto a loading ramp between two decks. The height was not enough, and so the car crashed. Three workers who had been busy with loading of vehicles suffered slight injuries and were taken to the hospital in Emden. After a checkup all could be released again. The marine police in Emden launched an investigation. The ship left the port on Feb 21 at midnight and headed to Antwerp, where it berthed on Feb 22 at 8.50 p.m., before proceeding to Sheerness, where it arrived on Feb 24 at 6.30 p.m.