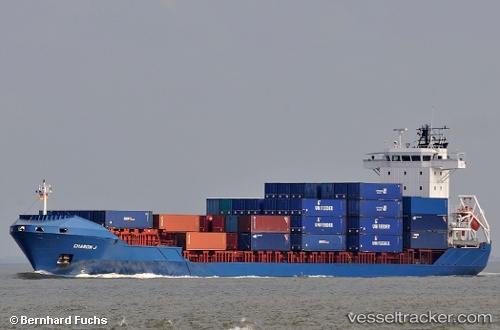 On Jan 2, 2019, the "Jawan" reached the port of Singapore, after having sailed from Portland on Dec 23, and berthed at the JSL Shipyard at 2 a.m. The vessel remained stationary there since.

The Australian Maritime Safety Authority (AMSA) has released the "Jawan" from detention in Portland on Dec 20 to allow it to go to Singapore for repairs. Thousands of cattle were offloaded from the ship after instability problems forced the vessel three times to return to Portland shortly after it departed. AMSA released the ship from detention after it completed a sea trial. It was, however, not permitted to load cargo of any type for its voyage from Portland and it could not carry livestock because its Australian Certificate for the Carriage of Livestock had been withdrawn. An examination of the MV Jawan by the vessel’s classification society and operator identified a number of issues with fresh water tanks and their pumping systems as being a likely contributor to the vessel’s instability issues. To mitigate the instability risk, all ballast and fresh water tanks were filled to capacity to minimise the impact on the ship’s stability of water moving in and between tanks. AMSA has put in place conditions for the voyage including regular reporting to AMSA.The vessel’s voyage plan also took into account expected weather conditions and included contingency plans. AMSA was satisfied that with these measures in place, the instability issues experienced by the loaded vessel will not reoccur. AMSA will not consider reissuing an Australian Certificate for the Carriage of Livestock for the vessel until repairs had been completed and AMSA was completely satisfied the vessel’s stability issues had been resolved.

After unloading 4327 dairy heifers the "Jawan" left the port of Portland empty of stock in the night of Nov 28. The cattle were returned to the feedlot and were to be exported at a later date. The "Jawan", an AMSA accredited vessel, had serviced Australias's livestock export trade for many years, having been converted from a feeder in 2003, before facing stability issues last week. After having been unloaded on Nov 28 and spending some days on open sea, the vessel returned to the cruise and layup berth in Portland on Dec 3 at 10.30 p.m. and remained stationary since. Best regards Report with photos: https://www.beefcentral.com/live-export/mv-jawan-leaves-portland-empty-while-probe-into-instability-continues/