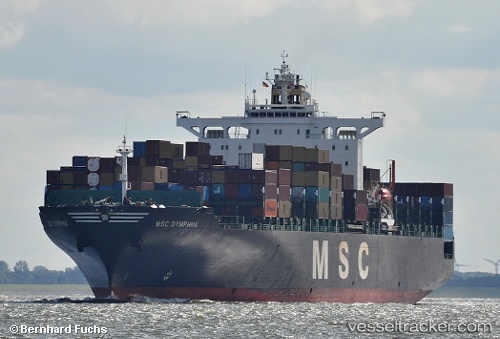 Cook died after falling over board

A 59-year old Indian cook fell overboard from the "MSC Dymphna" at the container terminal of Opcsa in Puerto de La Luz, Las Palmas, on Nov 30, 2017, at 10.40 a.m. The man was disposing garbage when he fell overboard. He first hit the pier, then plunged into the water and became unconscious. He was recovered by other crew members, who immediately had jumped behing him, within 15 minutes but alreay was in a cardiorespiratory arrest. First a private ambulance arrived at the scene, whose personnel began the cardiopulmonary resuscitation, followed by the Canary Emergency Service (SUC), which continued the resuscitation work of an advanced nature. However, the attempts were unsuccessful and finally the doctor confirmed the death of Ashok M. B. The autopsy will determine the causes of death. The ship had arrived at Las Palmas in the early morning and left Las Palmas on Dec 1 around 3 a.m., next being bound for San Pedro at the Ivory Coast, ETA Dec 5. Spanish report with photos: http://www.laprovincia.es/sucesos/2017/12/01/cocinero-barco-fallece-caer-borda/1003873.html

British accident investigators have blasted a Japanese shipowner for obstructing its probe into the collision of the "ACX Hibiscus" with the then "Hyundai Discovery" in 2011. The Panama Maritime Authority agreed MAIB should take the lead on the investigation, as the Zodiac Maritime-operated "Hyundai Discovery" was UK-flagged. But the lawyer acting for "ACX Hibiscus"’s owners denied MAIB inspectors access to the vessel in Singapore because it was outside their jurisdiction. The investigation was temporarily suspended. The lawyer then instructed the PMA investigator to sign a declaration stating that he would not pass any of the evidence that he had gathered to the MAIB. No witness interviews or VDR data were handed over The decision to deny the MAIB access to evidence from ACX Hibiscus has limited the safety issues that can be learned from this investigation. As a result, the MAIB report has been obliged to focus on the actions that should be taken to avoid rogue vessels, rather than deal with the underlying causes of the accident. The obstructive behaviour of "ACX Hibiscus"’s owners, by influencing a flag state to not comply fully with the International Maritime Organisation’s Casualty Investigation Code, has highlighted a significant weakness in the effectiveness of the Code. The vessels had clashed in the eastern approaches to the Singapore Strait in poor visibility. Both vessels’ officers of the watch took action to avoid the collision only after they saw the other vessel emerge from the rain shower at close range. This was too late to be effective. Both vessels were severely damaged. The "ACX Hibiscus"’s chief officer, unaware of "Hyundai Discovery"’s course and position, turned his vessel to the north to follow its planned route. He did not check that it was safe to turn before he began to alter course. Despite several radio warnings from the "Hyundai Discovery"’s chief officer, ACX Hibiscus’s chief officer continued to turn his vessel into the "Hyundai Discovery"’s path. Neither vessel’s bridge watchkeepers had taken the precautions required by Colregs. The PMA concluded that the behaviour of ACX Hibiscus’s chief officer was adversely affected by fatigue. MAIB said the most important question was why he chose to alter course to port across a traffic route in such hazardous circumstances. The PMA’s conclusion that the chief officer’s decision was due to fatigue was not substantiated beyond stating his most recent hours of work and rest. The "ACX Hibiscus" was a total loss and was later scrapped at Indian breakers.