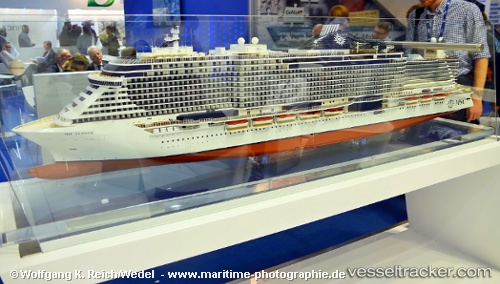 Cruise finished earlier due to hurricane

The "MSC Seaside" will return earlier than scheduled to Miami aand ride out the hurricane Dorian on sea. The call at Nassau on Aug 30, 2019, was thus skipped, and the ship headed back to Miami which will be barred for ships on Aug 31. Passengers may disembark between 8 and 9 a.m. or stay on board while the ship returns to sea at midday where it is more safe to stay. The cruise scheduled to start on Aug 31 will probably be skipped.

Four South Africans, recruited by MSC Cruises among a large group to work on board cruise ships, have been arrested in Miami on charges of smuggling cocaine. The four, identified as Wandile Mhlongo, Londiwe Shange, Viwe Tshaka and Thembeka Sokhulu, were detained along with three other Jamaican crew members on similar charges. The arrest took place in November after the "MSC Seaside" docked in Miami following a visit to Jamaica and other destinations in the Caribbean. Tshaka comes from Lusikisiki in the Eastern Cape, where a large number of recruits have recently joined MSC Cruises’ ships across the world. The other three were from Durban. US Customs and Border Protection (CBP) officers boarded the MSC Seaside and busted a drug smuggling ring. CBP officers found six kilos of cocaine and over US$100,000 in cash during the raid on the ship.

US Coast Guard rescue crews on May 17 have ended their search for Michael M. Majaba, 37, of the Philippines, a crew member of the "MSC Seaside" approximately 8 nautical miles southeast of St. Thomas, U.S. Virgin Islands. Majaba went overboard from the seventh deck of the cruise ship at approximately 1 a.m. on May 16. The cruise ship crew launched a search and contacted watchstanders at the Coast Guard Sector San Juan Command Center at approximately 4 a.m. alerting them of the situation. Coast Guard rescue crews comprised of a C-130 Hercules aircraft from Coast Guard Air Station Clearwater, two MH-65 Dolphin helicopters from Coast Guard Air Station Borinquen, a 33-foot Special Purpose Craft–Law Enforcement response boat from Coast Guard Boat Forces Saint Thomas and the Coast Guard Cutter" Confidence". They conducted five air and three surface searches covering an area of approximately 1,216 square nautical miles. The tanker "Rose" and the cruise ship "Carnival Glory" also assisted the "MSC Seaside" in the search for Majaba. The cruise ship was transiting from the Caribbean Island of St. Maarten to San Juan, Puerto Rico when the incident took place. It was now headed to Nassau with an ETA as of May 18, 2 p.m.