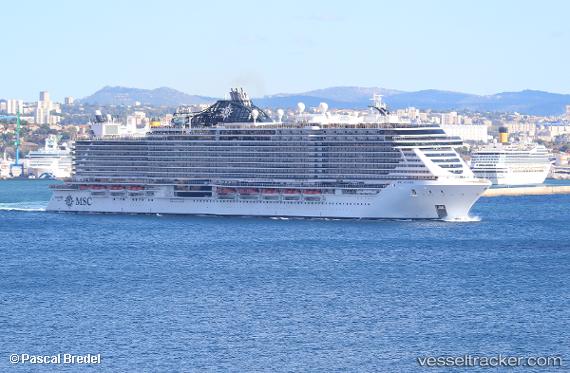 Ten passengers of the 'MSC Seaside' were arrested in the port of Valencia on April 7, 2022, for hiding 54 kilos of cocaine in their luggage, worth around 3 million Euros. The ship left Santos on March 19. Agents of the Guardia Civil, aided by the anti-drug dogs, intercepted the drug load during routine checks. Four men and six women, all Brazilian nationals, ended up in handcuffs on charges of international drug trafficking. To try to go unnoticed on the ship and not arouse suspicion, the arrested traveled as a couple, simulating a pleasure trip. The Guardia Civil assumed that the ten detainees belong to at least two different criminal organizations with no link between them, but with the same modus operandi. One of the criminal organizations intended to distribute drugs in Madrid and the other in Lisbon. Similarly, three of the couples had booked a hotel in Valencia, where they intended to facilitate the sale to third parties. The drug was distributed in 15 suitcases, each weighing about three and a half kilos. Those arrested, aged between 23 and 50, were at the disposal of the investigative court of Valencia.

Passengers frustrated after port calls were missed due to technical problems

The 'MSC Seaside' has altered its itinerary and missed two scheduled calls in the Canary Islands, Santa Cruz de La Palma and Santa Cruz de Tenerife, citing technical issues for the alteration. Some guests were frustrated and reacted angrily when the cancelations were announced on March 26, 2022. According to reports from passengers currently on board the ship, there was a tense interruption to South African singer Vick Vicus’s show in the ship’s main theater, as passengers protested with chants and shouts. The ship’s master, Lauro Maresca, appeared at the show to explain, with the assistance of a translator to ensure his message was communicated properly. The explanation was interrupted several times with angry shouts and booing. The ship is currently sailing a transatlantic crossing as it repositions from South America to Europe. It had departed Rio de Janeiro on March 20, 2022, and has not visited any ports as it sails northeast across the Atlantic. The ship’s first port of call was to have been Santa Cruz de La Palma on March 28, followed by Las Palmas on March 29, and Santa Cruz de Tenerife on March 30. In a statement provided to passengers, MSC Cruises explained, “We confirm that it was necessary to make an adjustment to the itinerary of the MSC Seaside due to urgent operational reasons beyond our control. We regret the change of itinerary and apologize for the inconvenience. We are doing our best to compensate our guests with onboard credit and ferry tickets from Las Palmas to Tenerife, so that they could visit the city if they wish. We emphasize that the health and safety of our guests and crew were never at risk during this itinerary adjustment.” Instead, it was announced that the ship would no longer be visiting either Santa Cruz de La Palma or Santa Cruz de Tenerife. The should would instead head straight to Las Palmas, extending its stay in the city for an overnight, before heading to Funcha as planned for March 31. To compensate for the missed ports, MSC has offered onboard credit for passengers, as well as ferry tickets from Las Palmas to Tenerife so guests could still explore that city. The two cities are less than 90 miles apart and a variety of ferries operate in the region, with the fastest option sailing between the two ports in about 2.5 hours. While no further explanation was offered for the itinerary change, passengers onboard have indicated that the ship appearrf to be sailing very slowly, which may indicate propulsion problems.

Two passengers on board the 'MSC Seaside' tested positive for Covid-19. They were both asymptomatic. They were disembarked with their families in Syracuse on June 8. The ship was banned by the Maltese Authorities from entering the port of Malta on Jun 7 after initially one passenger was tested positive for Covid-19 during the voyage, which started from Siracusa, Italy, on Jun 1. The ship should have made a stop in Malta, when the passenger became ill and, following the protocols of the shipping company and approved by the health authorities, was subjected on board to a test that resulted positive. The vessel returned to the port of Siracusa on June 8 at 10 a.m. and departed to Taranto at 4.15 p.m.