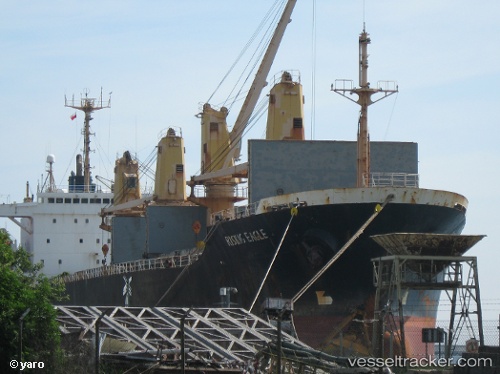 The Chinese captain of bulk cargo ship 'Full City' responsible for the worst oil spill in Norwegian history won’t have to serve any jail time, thanks to an appeals court decision that overturned a mandatory jail term and lets him off with a suspended sentence. The captain of the Chinese vessel Full City was initially sentenced to compulsory jail time after the ship under his command grounded off Telemark during a summer storm in July 2009, and unleashed one of the worst oil spills in Norwegian history. His second-in-command was also sentenced to prison, but now he’s been acquitted while the captain was hit with a suspended sentence by the appeals court in Agder, southern Norway.

A crew from the guided-missile cruiser "Bunker Hill" boarded a suspected pirate vessel while responding to a distress call on May 5, 2011. The vessel worked with international forces to assist the "Full City". The "Bunker Hill" was assisted by the USS "Carl Vinson". The UK Maritime Trade Organization received had passed the distress call of the "Full City" to the Navy’s 5th Fleet. The "Bunker Hill" and "Carl Vinson" were the closest naval vessels to the Full City and set their courses to intercept it. The Turkish "Giresun" also respondedand sent a team aboard the "Full City". The "Bunker Hill" approached the dhow, which was believed to be the mothership for the pirate attack. An SH 60 Sea Hawk helicopter fired warning shots to stop the dhow and instructed the suspected pirates to move to its bow. In the early evening, a team from the "Bunker Hill" boarded the dhow. They found and destroyed paraphernalia, including weapons, excessive fuel and other equipment and sank a small skiff being towed by the dhow.