SERENADE OF THE SEAS 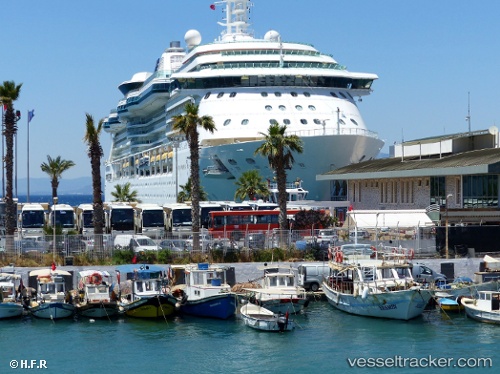 The US Coast Guard medevaced a 34-year-old crew member from the 'Serenade of the Seas' 80 miles west of Tampa, on March 10, 2022. The man was suffering from abdominal pain. A Coast Guard flight surgeon recommended the man be brought ashore. A Coast Guard Air Station Clearwater MH-60 Jayhawk helicopter aircrew hoisted the patient and transported him tothe Tampa General Hospital in stable condition. Report with video: https://coastguardnews.com/coast-guard-medevacs-man-80-miles-southwest-of-tampa/2022/03/10/

The 'Serenade of the Seas' diverted to Key West on Oct 20, 2021, for a medevac, thus becaming the first cruise ship to call in the port since the beginning of the pandemic. The diversion required the coordination of the U.S. Coast Guard, Key West authorities, the Key West Police, and the harbour pilots. The ship had departed the port of Tampa on Oct 16 on its first cruise from Tampa and the first for the port since March 2020. The captain then reported that an 81-year-old male passenger was in critical condition with septic shock. The passenger required urgent medical care. The decision was made to bring the cruise ship in briefly for the medevac. The U.S. Coast Guard cleared the way for an emergency stop by the 'Serenade of the Seas' in the afternoon. To evacuate the man at Pier B in Key West was the only way the individual would have a chance of surviving. A Coast Guard Station Key West small boat crew escorted the Serenade of the Seas to Key West’s Pier B for the medical evacuation. The ship departed Key West at approximately 3:30 p.m. and resumed the voyage to Tampa. The passenger was transferred to the Lower Keys Medical Center in Key West. Report with photo: https://coastguardnews.com/coast-guard-coordinates-medevac-of-man-from-cruise-ship-in-key-west/2021/10/21/