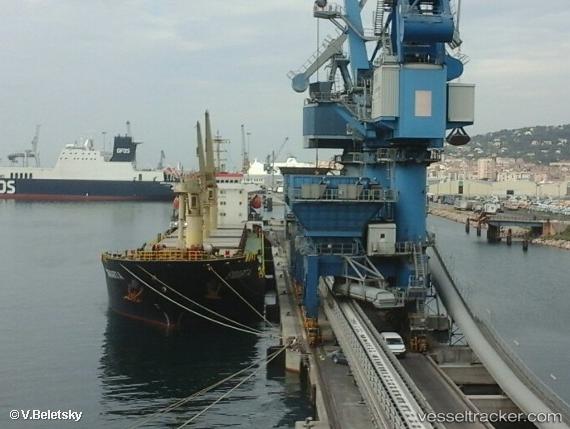 Engine damage under repair in Illichivsk

The 'Smarta' remained stationary in Illichivsk as of Sep 28, 2020. The owners have provided spare parts from authorized manufacturer, and the vessel was shifted to another pier in the port in order to continue the repairs, under the supervision of owners' superintendent following the engine failure off Malta on May 18.

A skipper couple who had been in contact with large quantities of toxic gas in the cargo hold of the 'Fox', 508 ts (ENI-No.: 02313718), for hours ended up in intensive care on Dec 4, 2019. The fire brigade took the husband and his wife from board in Nieuwegein. Both skippers spent the first few days in intensive care at a hospital in Nieuwegein. The woman was in a bad state and therefore she has been transferred to the University Medical Center Utrecht and wa being kept in a coma. Measurements in the cargo showed that the concentration of phosphine (rat poison) was 15 ppm, much higher than the safe standard of 0.2 ppm. RIVM measurements showed that the phosphine concentration was indeed too high. The ship was still on the Lek in Nieuwegein, but according to the fire department there was no danger to the environment. According to the ASV, the ship was loaded with sunflower meal pellets, which are used as animal feed. In order to keep insects and other vermin away, substances are added. The 'Fox' has collected the cargo of feed from a company in Amsterdam. The food came from the cargo m/v 'Smarta' which had arrived at Amsterdam coming from Yuzhniy with a cargo of sunflower animal feed on Nov 27. The cargo of the vessel was first examined for harmful substances and only then transferred to other ships. It was not clear whether something went wrong with this measurement. Other ships that have taken over cargo from the same seagoing vessel have been traced and warned by Rijkswaterstaat and the SZW Inspectorate. The Human Environment and Transport Inspectorate was also conducting an investigation. The problem concerned 17 ships. By order of the SZW Inspectorate, five ships were no longer allowed to sail. The 'Smarta' left Amsterdam on Dec 4, bound to Riga with an ETA as of Dec 10. On May 18, 2020, the ship suffered engine trouble off Malta. Permanent repairs were carried out by shore based technical teams in the inner port of Chornomorsk since June 1. Dutch report with photo: https://nos.nl/artikel/2313633-schippersechtpaar-op-intensive-care-door-giftig-gas-in-lading.html

On April 15 the "Smarta" informed the Elefsina Port Authority that a 58-year-old crew member was in need of immediate hospital care. The patient was taken over by the "Nikalaos M" from Lantza and transferred to the port of Elefsina where he was transported by ambulance to the General Hospital of Elefsina for medical care.