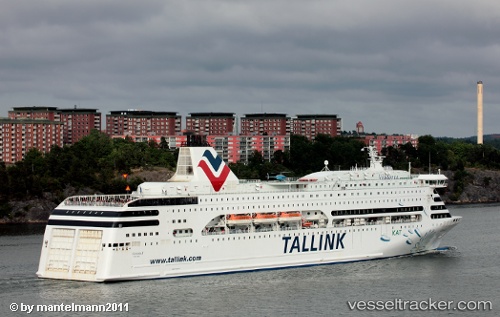 Search for man over board ended without result

A man fell overboard from the "Victoria 1" off Åland, about 20 kilometers southwest of Mariehamn, on Oct 27, 2017, around midnight. The search was ongoing for several hours, but without results. The ferry was operating between Tallinn and Stockholm, via Mariehamn. The search was assisted by the ferries "Mariella" and "Silja Symphony", a patrol boat and a boat of the Åland Maritime Rescue Company as well as two rescue helicopters.

The "Victoria 1" enroute from Tallinn, where she had sailed on Dec 4, 2015, at 5.15 p.m., to Stockholm with 1500 passengers on board, had to turn around after, in the storm Helga, a radar antenna at the bow was damaged by strong waves, and two windows in the conference room on deck 6 were smashed at 11 p.m. The "Victoria 1" began to take in water, corridors were flooded. The damage, however, had no effect on either the navigation or safety on board. The crew in vain tried to fix the problem, and because it was difficult to predict how the weather developed, the captain decided to turn back to Tallinn in the late evening. Upon arrival at Vene Balti shipyard on Dec 5 at 6 a.m. the ferry was inspected closer. One crew member was delivered by ambulance to the hospital for further examination with a suspected concussion. The ship was expected to sail again on Dec 6 at 6 p.m. after the damaged windwos were sealed with steel plates and the water damage to the floors was cleaned and dried. Reports with photos and videos: http://www.sjofartstidningen.se/farja-atervande-till-tallinn-under-stormen/ http://www.postimees.ee/3424911/pildid-ja-video-torm-kahjustas-reisilaeva-victoria-kahte-akent http://www.aftonbladet.se/nyheter/article21888064.ab http://www.expressen.se/nyheter/farja-tog-in-vatten--tvingades-vanda/ http://rus.delfi.ee/daily/criminal/foto-delfi-sudno-tallink-vernulos-v-port-iz-za-shtorma?id=73128019