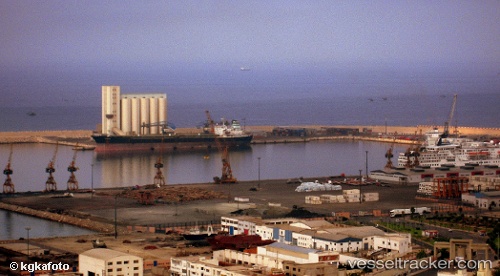 Trawler on fire in Agadir

The Moroccon trawler “Abou Al Wafa”, 431 gt (IMO: 8820987), caught fire in the morning of Apr 26, 2017, at 11 a.m. at dock no. 6 Agadir during maintenance works. Fire fighters were soon on scene and trying for two hours to control the fire which was thought to have started during a welding operation. But it subsequently spread to the whole vessel. The other ships which were docked next to the ship were removed to avoid the spread of the fire. The vessel became unstable and started tilting to starboard side and leaned onto the quay. Two firefighters and one worker were seriously injured and taken to the provincial hospital Hassan II at Agadir. The trawler capsized and sank, still ablaze. French reports with photos: Le 360: http://fr.le360.ma/societe/diapo-un-navire-brule-et-sombre-dans-le-port-dagadir-116889 http://fr.le360.ma/societe/diapo-un-navire-brule-et-sombre-dans-le-port-dagadir-116889 https://agadir24.info/?p=272954

Further to the recent strengthening of its Morocco – North Europe route for the citrus season, CMA CGM is to inject three more vessels into the trade lane. The carrier will add to its recently relaunched fortnightly single-ship ‘Dunkrus’ service with a new ‘wider’ loop with three vessels on a 21-day roundtrip with weekly departures. http://linervision.wordpress.com/2013/10/10/cma-cgm-further-strengthens-morocco-coverage-for-citrus-season/