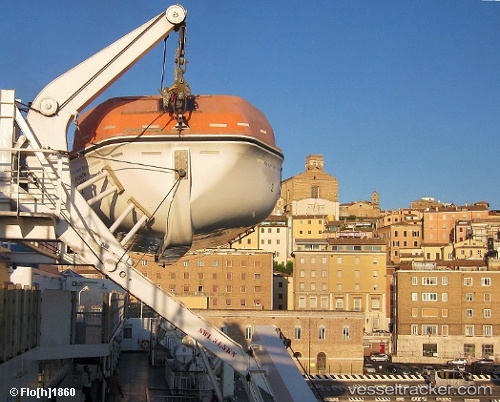 Silver Moon floats out of building dock at Fincantieri's yard

Fincantieri floated Silversea’s new ultra-luxury cruise ship, Silver Moon, out of the building dock at its yard in Ancona, Italy on 29 August. Representatives from Fincantieri and Silversea and other invited guests watched as the 596-guest ship touched water for the first time during a traditional coin ceremony. Fincantieri will now work with its partners to outfit the vessel’s interiors ahead of her sea trials and delivery in 2020. “Today, with the float out of Silver Moon, we draw ever-closer to achieving my father’s dream of a 12-ship fleet,” said Manfredi Lefebvre, Silversea’s executive chairman.

“Seven Seas Splendor” was launched today at the Ancona shipyard., She is the second super luxury cruise ship that Fincantieri is building for Regent Seven Seas Cruises, brand of the Norwegian Cruise Line Holdings Ltd (NCLH). The delivery is scheduled for 2020, the company said in its release.

Fincantieri has floated out Viking Cruises’ sixth ocean ship, Viking Jupiter, at its yard in Ancona, Italy. The float out was marked with a traditional coin ceremony, where Viking Jupiter’s godmother and Norwegian singer Sissel Kyrkjebø helped to weld a silver dollar to the top deck. The ceremony was also attended by Torstein Hagen, chairman of Viking, and Giovanni Stecconi, director of Fincantieri’s Ancona shipyard. Fincantieri will now start outfitting Viking Jupiter’s interiors and then commission her onboard equipment and systems, ahead of her sea trials and delivery in 2019.