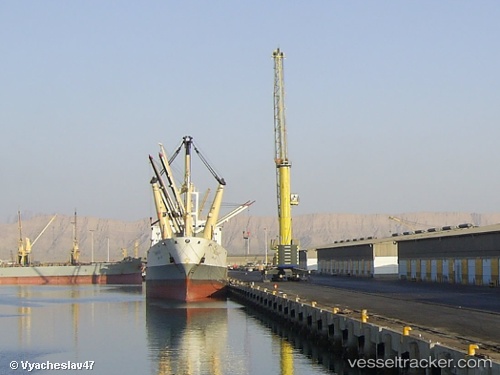 The Ports and Maritime Organization of Iran is going to sign a contract with the private sector on Tuesday for the construction of Iran’s biggest mechanized mineral terminal at Shahid Rajaee Port, the deputy head of PMO announced on Monday. Ali Hassanzadeh added that the contract is worth 50 trillion rials (over $430 million). The terminal’s capacity will reach 50 million tons per year upon the completion of the project, which will be carried out in three phases, covering 180 hectares of land, each spread over 60 hectares. It will be the biggest mineral terminal in the Persian Gulf and Sea of Oman, and mark a major development in Iran’s mining industry, considering its considerable mineral capacity, Mehr News Agency reported.

Deputy roads minister has reported on the signing of a contract with a German firm for development of Shahid Rajaee Port with a 104-million-euro investment. “A tender had been invited for a project to expand Shaid Rajaee Port in the south of Iran,” said Iranian Deputy Minister of Roads and Urban Development Abbas Mohammad Saeidnejad adding “a German company won the tender and a contract worth 104 million euros has been inked for the cooperation.” The Line of Credit (LC) has been opened and necessary equipment will be supplied in the coming month. “A total of 150 million euros have been allocated to finance the developmental project in the southern Iranian port,” stressed the official maintaining “moreover, a total of 85 million dollars of investment will be made in the port as Iran’s Ports and Maritime Organization (PMO) is purchasing the required accoutrements.” Saeidnejad further commented that development of Iranian ports, Chabahar and Shahid Rajaee in particular, is a top priority of PMO; “accordingly, construction of Phases 2 and 3 of Shahid Rajaee Port has been put on the agenda and call has been made for cooperation over Phase 3 as PMO will undertake the construction sections while joint domestic and foreign investors will supply equipment and implement the project.” Managing Director of Ports and Maritime Organization (PMO) later recalled that a total of 40 thousand vessels pass through Strait of Hormuz capacities of which need to be exploited more properly. “Despite the 210 million tons of capacity in Iranian port, currently only 140 million tons have become operational,” underscored the official noting that more activities will be promoted in maritime and transit areas. Source: MNA