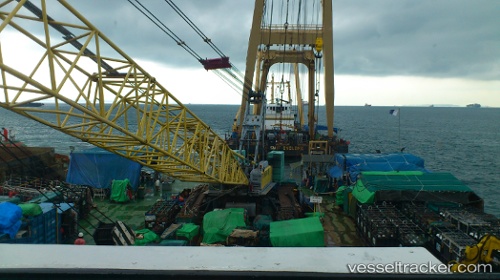 Ferry services between Batam and Singapore briefly suspended due to haze

Ferry services were suspended for about an hour on Friday afternoon (Oct 23) due to hazy conditions. The suspension was lifted at 5.15pm. Ferry services were briefly suspended between Batam and Singapore on Friday (Oct 23) due to haze. The Batam port master put a temporary halt to ferry services from Batam Centre to Singapore from 3.40pm, while services from HarbourFront to Batam Centre were suspended from 4.50pm. Other ferry terminals in Batam and Bintan were still operating, the Singapore Cruise Centre (SCC) said in an advisory. The 3-hour Pollutant Standards Index (PSI) at 3pm was 199 and hit 205 at 4pm. When services resumed at 5.15pm the 3-hour PSI reading had inched up to 207.The SCC said it would continue to monitor the situation closely and advise passengers of further changes to ferry schedules. It also said that passengers can also contact their ferry operators directly. Source: channelnewsasia

Three workers of Batam-based PT Bandar Abadi shipyard, Indonesia died and eighteen were injured in a blast that occurred on Friday, August 29 onboard a ship that was undergoing repairs at the yard, the Jakarta Post writes. One person is still missing, based on the latest reports. According to the local police chief Comr. Zainal Arifin, the explosion took place during welding of a pipe in a basement cabin. The heat from the welding is believed to have caused the explosion of a liquefied petroleum gas [LPG] canister. Investigation into the cause of the accident is underway.