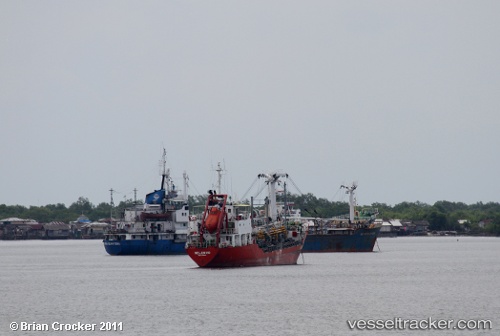 Belawan International Container Terminal (BICT), Sumatra’s largest box facility, has received an enormous fillip with six lines - Maersk, MSC, Evergreen, OOCL, K Line and Hub Line - concluding a service level agreement (SLA) with the terminal’s operator Pelindo I, guaranteeing slots and calls at the terminal. “This agreement will help us to better capture the container market along the Strait of Malacca that is predicted to reach around 51 million teu this year and is expected to continue rising in the future,” spokesman Muhammad Eriansyah told The Jakarta Post. BICT is set to kick off a terminal expansion plan at the end of this year. [10/10/13]

Jakarata: Indonesia’s minister for tourism, Mari Elka Pangestu, has said Indonesia is working to develop ten ports to be capable of receiving cruise ships in order to boost calls to the archipelago. Bali, Belawan, Flores, Lombok, Pare Pare, Probolinggo, Semarang, South Kalimantan and Tanjung Priok are all in line for cruise infrastructure development, which is being heavily supported by President Susilo Bambang Yudhoyono. Close to 120,000 tourists visited Indonesia on cruise ships in 2012, and the government hopes to boost this to 600,000 by 2016. [24/06/13]

Belawan Port to be expanded with $318M

Pelindo I has announced an IDR3trn ($318m) expansion plan for Belawan port. The first phase will see the construction of a 700 m long jetty at the Belawan International Container Terminal which will start this year and is scheduled to be ready in 2015. The next phase will see extension of the jetty by another 950 m, with capacity to be boosted from 1.3m teu per year to 2m teu.