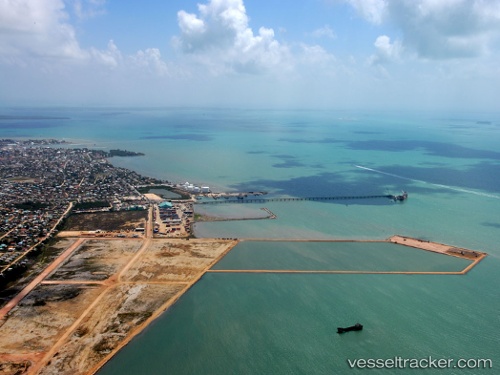 Harvest Caye, Norwegian's purpose-built private island hybrid in Southern Belize, today welcomed its first cruise ship. On a voyage roundtrip from New Orleans, Norwegian Dawn docked at the island, bringing 2,340 passengers who witnessed a ribbon-cutting ceremony led by cruise line and local government officials. "Today is the product of the government's continued pledge to entrench tourism as a top national priority and to promote tourism as a main engine for overall economic growth of the country," Manuel Heredia, Belize's minister of tourism and civil aviation, said in a statement. Four years in the making, Harvest Caye represents a partnership between Norwegian and Belize. More than 400 Belizeans are employed on the island, and the cruise line has made an eco-friendly commitment to the country through donating and volunteering on the mainland and by locally sourcing as many building materials and supplies for the island as possible. http://www.cruisecritic.com/news/news.cfm?ID=7351

Norwegian Cruise Line confirmed the purchase of approximately 75 acres in southern Belize for the planned development of an eco-friendly cruise destination. Harvest Caye is made up of two adjoining islands in the Stann Creek and Toledo districts that had previously been approved for a resort development with an air strip. Norwegian plans to invest $50m in the project. More at http://www.seatrade-insider.com/news/news-headlines/norwegian-confirms-plans-to-develop-$50m-belize-eco-resort.html

The Belize Natural History Centre at Chaa Creek has applauded a recent government decision to deny approval for a large cruise ship project in an environmentally sensitive area of Southern Belize, according to the Centre’s assistant manager Brion Young. Mr Young said at issue is a proposed development plan by Norwegian Cruise Lines to build a port on Crawl Caye, a small island off the southern coast of Belize, which will facilitate cruise lines operations in southern Belize. Source and more at http://www.dredgingtoday.com/2013/06/12/chaa-creek-applauds-belize-government-reef-decision/