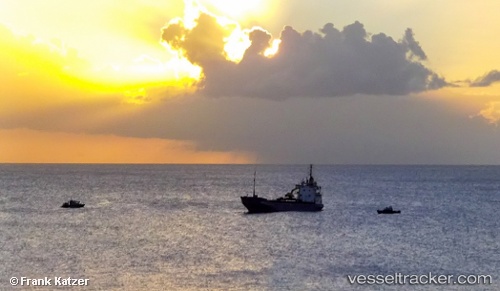 wo European ships, Mein Schiff 5 from Germany and Italian vessel MSC Armonia, made inaugural calls on the Bridgetown Port this week, bringing to four the number of new ships arriving in Barbados this cruise season. The TUI Group’s Mein Schiff 5 is an upgrade of the Mein Schiff 3 which made its inaugural call last year. It was Mein Schiff that tested the new Berth 5 which was constructed to allow for the handling of two mega ships simultaneously. It did so successfully, home-porting both Men Schiff 3 and MS Britannia during the last winter season. https://www.barbadostoday.bb/2016/11/18/european-ships-sail-into-barbados/

Barbados has added another cruise ship to its roster in the form of the Norwegian Sun. The ship docked in Barbados for the first time yesterday morning with over 1 900 passengers on board. Captain Ronny Borg welcomed members of the media along with the Minister of Tourism and high-level Barbados Tourism Authority staff and Barbados Port officials on board for an official welcome and tour.

Ship Technology reported on Sept. 17, 2012 that Barbados has unveiled a plan to build a cruise ship terminal at Sugar Point in the capital city of Bridgetown. According to Ship Technology, the Sugar Point cruise facility will be developed by a partnership between Barbados Port, Royal Caribbean Cruise and SMI Infrastructure Solutions. The new facility will help in separating cruise and cargo activities at the Barbados port, addressing space concerns. The new Sugar Point cruise terminal is expected to have capacity to berth some of the world's biggest cruise ships and will be able to handle six to seven large cruise vessels per day. http://www.sandandgravel.com/news/article.asp?v1=16340