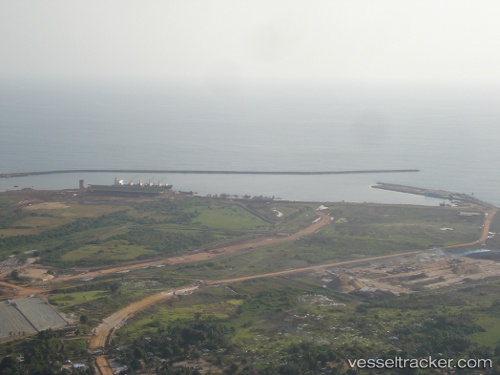 Regular traffic jam at the Buchanan harbor, Liberia’ second largest seaport has necessitated the need for the expansion of the port to allow additional space for more vessels to dock, the Managing Director of the National Port Authority (NPA) has disclosed. Madam Matilda W. Parker said vessel traffic at the Port of Buchanan, Grand Bassa County, has increased to 40%. She said the port of Buchanan has gone very busy over the last couple of months since the port was dredged few months ago. According to the NPA Managing Director, the port needs an expansion in order to create additional space for more vessels to birth at the port. But she said land acquisition to expand the port is difficult even though negotiations are ongoing. More at http://www.liberianobserver.com/index.php/news/item/2020-buchanan-port-seeks-expansion-npa-boss-says-port%E2%80%99s-vessel-traffic-has-grown-40

SteelGuru reports that ArcelorMittal Steel has completed product shipment test at the Buchanan Port and is to shortly begin iron production in Liberia at the Tokadeh mine near Yekepa in Nimba County. The ArcelorMittal statement said the company has already rebuilt the township and the industrial and social infrastructure in and around the towns of Yekepa and Buchanan as well as constructing a new crushing and screening plant. The ore, mined from Tokadeh near Yekepa in the Nimba mountain range, was transported by train along a 240 kilometers rebuilt railway line, to the rehabilitated port of Buchanan. Unloading and stocking of the ore was completed successfully.