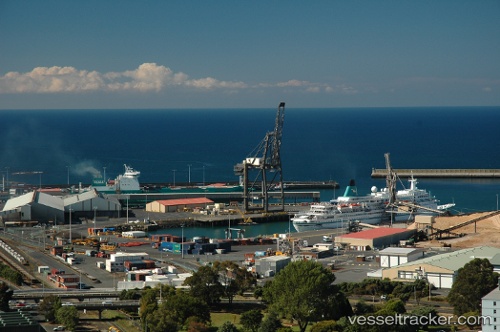 A $144m set of investment plans for port infrastructure has been unveiled for ports in Tasmania to futureproof the Australian state for the next 15 years. The TasPorts’ Port Master Plans focus on three major projects and several smaller investments. The three principal targets are the expansion of container berths at Burnie, the reconfiguration and expansion of Devonport east and the development of a new Antarctic logistics facility in Hobart. Other projects include investment at Bell Bay to enable forestry and mining exports from multiple berths and increased capacity for fuel storage; an international container terminal at Burnie plus increased terminal capacity; extended berthing facilities for passenger ships, cargo and freight at Devonport; and a reorganised cruise precinct at Macquarie Wharf in Hobart. Tasmanian Ports Corporation (TasPorts) chair Stephen Bradford said the plans and associated major projects would help the company meet customer demand and attract new business. Development work will start later this year. Source: Port Strategy

DP World Australia is to proceed with a container terminal at Burnie, a decision applauded by the Tasmanian Government. DP World has struck a deal with TasPort allowing DP World to renew its intentions to set up on the north coast of Tasmania, despite the failure of the Australian Government to amend the Australian coastal shipping laws, which was previously a pre-condition of building the terminal. It will now be open purely to international shipping. DPWA is expected to spend A$75m in plant and development, with the first ships being handled at Burnie by the end of 2017. The terminal will be able to handle 200,000 teu a year, with the existing ship-to-shore crane refurbished and another brought in. Other investment will boost reefer capacity, integrate the yard with the rail terminal and provide container handling equipment. The Tasmanian Government welcomed the move, saying it would boost the local economy and attract additional international container shipping lines. - See more at: http://www.portstrategy.com/news101/world/australasia/dpw-still-committed-to-tasmanian-terminal#sthash.F8ILgqbj.dpuf

DP World and the Tasmanian Ports Corporation have announced that they will work together to develop a 200,000 teu capacity container terminal at the Port of Burnie on the Australian island of Tasmania. DP World’s investment will involve refurbishing the existing ship-to-shore (STS) crane and providing an additional one; developing the container yard for general and refrigerated containers; integrating the yard with the existing rail terminal and providing yard container handling equipment. http://www.hellenicshippingnews.com/dp-world-plans-to-develop-tasmanian-terminal/