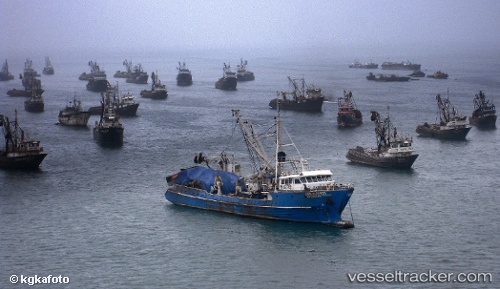 APM Terminals has become the first Peruvian port to introduce a customer platform that logs, streamlines and coordinate General Cargo operations in the port of Callao. During the pilot phase, the platform, which was developed together with maritime and customs agents, enabled users to complete transactions 67% faster and operations were completed 12% faster. APM Terminals Callao invested nearly USD 1 million in the implementation of MOST, a new state-of-the-art platform that can be used by maritime agents, customs agencies and carriers, among others. MOST can be used to register cargo and view real-time information, make online payments and generate authorizations for the loading and unloading of all types of General Cargo, from anywhere, anytime. The platform is a clear milestone in the efficient management of port logistics using world-class technology.

DP World has recently opened the first smart logistics center in Peru connected through optical fibers to Callao Port. This will help deliver full data to the port and customs, and will enable clients to control their goods using their own devices. DP World develops and operates the container terminal in this port, located near the Peruvian capital, Lima. The center’s inauguration ceremony was attended by Fiorella Moulinilli, the Peruvian Vice Transport Minister, David Burger, Mayor of Lima and a number of senior officials in Peru. DP World Group Chairman and CEO and Chairman of Ports, Customs & Free Zone Corporation, Sultan Ahmed bin Sulayem, commented: “DP World is reinforcing its global network of marine and inland terminals and logistics centers with the opening of the new logistics center in the republic of Peru. The new platform is designed to drive trade flow in the surrounding area, west of South America, with focus on making customers happy through providing smart logistics services that ensure time saving and cost efficient cargo movement and management between the logistics center and the port of Callao. http://www.hellenicshippingnews.com/dp-world-opens-advanced-logistics-center-in-peru-raising-capacity-to-1-4m-teu/

Peru’s Public Use Transport Infrastructure Investment Supervisory Body (Ositran) is reportedly not happy with work completed so far by APM Terminals at the North Quay in the port of Callao Ositrán has said that cracks have been noted in some of the completed infrastructure works, while not all the equipment that is in place tallies with what was originally promised and that includes used equipment. APM Terminals has until October 11 to come to an agreement with the Economy and Finance Ministry over the suitability of the work or risk seeing its concession revoked. Anders Kjeldsen, APM Terminals Callao president, said that the work under discussion represents less than 1% of the overall budget. Furthermore, he suggested that such discrepancies are quite normal in such projects, although Ositrán so far remains unconvinced. As a result, APM Terminals has begun dealing directly with the Ministry to resolve the situation. In a statement given to Port Strategy, an APM terminals spokesperson said: “We are confident that any outstanding issues regarding the project completion progress and schedule will be successfully addressed and resolved." The operator went on to say that the company continues to build a positive relationship with the government of Peru. Source: portstrategy