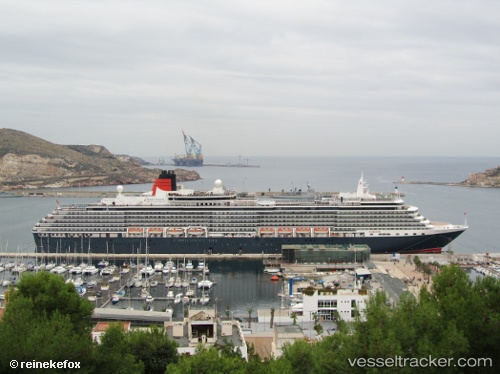 Spain's Port of Cartagena officially opened its new 700-metre-long cruise quay on 29 May 2017. The new quay, which will be able to accommodate two 300-metre ships at the same, is the latest development at the cruise terminal. Originally inaugurated in 2001 with a 344-metre long quay,the quay was expanded to 560 metres in length and other tourist facilities were added.

Almost 150,000 cruise passengers visited Cartagena in the first 11 months of last year. Throughout 2015 the official statistics showed that the number of foreign visitors to Spain was considerably higher than the year before, providing a boost to the tourism sector of the economy, and the latest data show Cartagena cruise ship port mirrors growth throughout Spainthat the cruise ship ports, including Cartagena, played their part in this increase. Read more at http://murciatoday.com/cartagena-cruise-ship-port-mirrors-growth-throughout-spain_28491-a.html?subject=&category=

A veritable fleet of autonomous underwater vehicles and aerial drones has assembled in Cartagena this week to take part in an experiment to detect fuel leaks in the area close to the port of Cartagena as part of the European URready4OS Project. The experiment is being coordinated by the Universidad de Cartagena (UPCT), whose contribution to the project is a marine robot which can function independently for up to 8 hours at a time, and will be based on board the maritime rescue ship Clara Campoamor. 20 researchers from various countries are taking part, with five drones being supplied by Spain, Greece and Portugal. More at http://murciatoday.com/underwater-drones-to-detect-fuel-leaks-tested-in-cartagena_26362-a.html#.VYphEvmvG9I