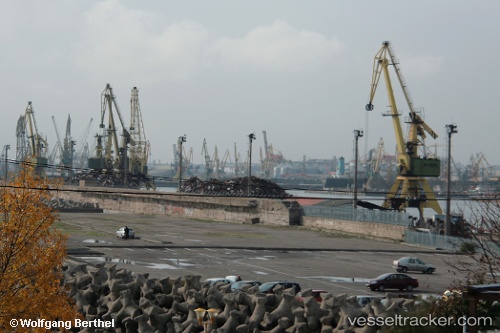 Port closed due to bad weather

Sources say that the Romanian ports of Constanta, Midia, and Mangalia are offering a reduced tax rate on bunker deliveries to shipowners that engage shipping agents, Platts reports. Previously, a flat rate of €200 ($222.1) per delivery is said to have been charged to shipowners employing agents at the ports on weekdays, while a rate of €400 ($444.2) per delivery was charged on weekends and public holidays. Under the new programme, the tax rate charged on container vessels larger than 2,000 Gross Register Tonnage (GRT) is €150 ($166.58) per delivery on weekdays, and €300 ($333.15) per delivery on weekends and public holidays, said the sources. http://shipandbunker.com/news/emea/372098-new-tax-breaks-on-bunker-deliveries-at-three-romanian-ports

Romania’s Black Sea ports including the main port of Constanta reopened on Tuesday, Jan. 19, 2016 after a two-day stoppage as snowfalls and winds eased, a port official said. “Constanta reopened at 9:15 a.m. (0715 GMT),” the duty port officer told Reuters. Snow is not forecast for the next few days but temperatures are set to remain around minus 15 degrees Celsius. Blizzards dropped up to a meter of snow on Sunday, disrupting trains and forcing authorities to shut down all schools in Bucharest and nearby counties. Source: Reuters