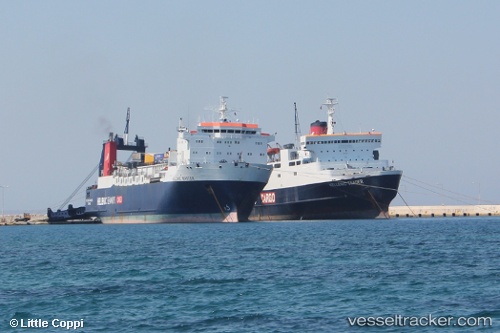 ATHENS, Feb 26 (Reuters) – Greece on Monday closed the Corinth canal after a rockfall that followed heavy rain, temporarily blocking a transit route used mainly by commercial ships and pleasure yachts. The 6.4-km canal serves about 11,000 ships a year, offering a short transit from southern Italy to the Eastern Mediterranean and the Black Sea, saving mariners a 700-km (434-mile) journey around the Peloponnese Peninsula. But its 21.5-metre (64-foot) width means it is not a key waterway for ocean-going vessels. Local station Korinthos TV showed chunks of rock which had peeled off the canal’s steep walls and fallen into the waterway. “The coastguard was notified today, went to the spot and after seeing the landslide, banned ships from sailing,” a Greek coastguard official told Reuters on condition of anonymity. The canal’s operator will need about 15 days to restore it, the official said. http://gcaptain.com/famously-skinny-corinth-canal-shut-due-to-rockfall/