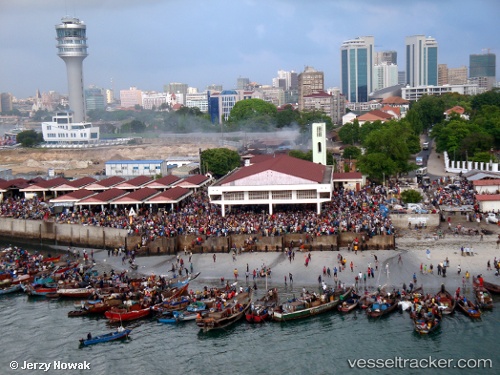 In one of the biggest pushbacks against Chinese president Xi Jinping’s Belt Road Initiative Tanzania has suspended the construction of the $10bn Bagamoyo port project, citing the onerous financial conditions put in place by Beijing. The project, which broke ground four years ago and was set to be run by China Merchants Holding International, would have been the largest port in East Africa. Tanzania’s president John Magufuli has accused the Chinese project backers of presenting “exploitative and awkward” terms in exchange for financing. Chinese financiers set “tough conditions that can only be accepted by mad people,” Magufuli told local media. “They told us once they build the port, there should be no other port to be built all the way from Tanga to Mtwara south,” Magufuli told a delegation of business people at State House in Dar es Salaam earlier this month. “They want us to give them a guarantee of 33 years and a lease of 99 years, and we should not question whoever comes to invest there once the port is operational. They want to take the land as their own but we have to compensate them for drilling construction of that port,” he said. Magufuli also said the new Bagamoyo port risked undermining the ongoing $522m expansion of Dar es Salaam port that would enable it to triple its current capacity when complete by the end of this year. Source : Splash247

The government of Tanzania said the expansion of the Dar es Salaam port by China Harbor Engineering Company Ltd (CHEC) will enable it to handle large vessels ferrying up to 6,000 containers when the project will be completed.

DAR ES SALAAM, Sept 20 (Reuters) – At least 42 people drowned when a ferry sank on Thursday in Tanzania’s Lake Victoria and government officials feared the final death toll could be more than 200, a senior local official said. Ukerewe District Commissioner Colonel Lucas Magembe told Reuters that the rescue mission to find survivors from the disaster had been halted until dawn on Friday with 42 people confirmed dead. Initial estimates showed that the MV Nyerere was carrying more than 300 people onboard. It went down in the afternoon just a few meters from the dock in Ukerewe district, according to national ferry services operator TEMESA said. But it was hard to establish the precise number of passengers on board since the person dispensing tickets had also drowned with the machine recording the data lost.