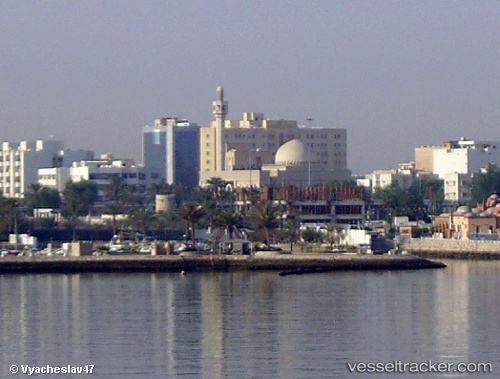 Less than a week after the arrival of a major vessel from the Far East Asian region at the Hamad Port, another large vessel is expected at the country's major harbour on Friday from the same region, which is emerging as a major trading partner of Qatar. Sources told this newspaper that Mediterranean Shipping Company's MSC Vita is scheduled to arrive at the port on Friday morning. The vessel having a capacity of more than 9000TEU had left Shanghai in China on June 8. It later stopped in Ningbo and Shenzhen, also in China, on its way to Qatar. The ship is also carrying cargoes from Singapore, and Colombo as well, inquiries found. The vessel left Colombo on June 24 and reached Umm Qasr in Iraq on July 3. A spokesperson for MSC said the ship left the Iraq port around noon Thursday. Besides considerable quantities of food items, the ship is said to be carrying heavy equipment for the local construction sector. The MSC official also informed that another feeder vessel of their company would arrive at Hamad Port from Salalah on July 10. The vessel, Sea Boxer, had called on at Hamad Port a week ago, with cargoes from the Sultanate of Oman. This time, the ship has also loaded containers from the port in Sohar. Meanwhile, local shipping industry sources expressed hope that the activities at Hamad Port would pick up momentum by the end of this month with more vessels expected at the port in the next two weeks. http://www.gulf-times.com/story/555696/Vessel-carrying-foodstuff-equipment-to-dock-on-Fri

Qatar’s main seaport shows all the signs of having weathered the storm. Workers in hard hats monitor as giant yellow cranes lift hundreds of containers off cargo ships onto lorries waiting ashore. Saudi Arabia, the UAE and Bahrain severed diplomatic, trade and transport ties with Qatar more than a week ago. The spat initially halted much traffic to the Hamad Port and raised fears of food and other shortages. But after launching new direct shipping routes to cope with the crisis, port officials say the worst is over and the episode may even help Qatar seal new transport deals that do not rely on Gulf neighbours. “It’s a blessing in disguise,” a port official told Reuters news agency as cargo was unloaded on Wednesday. “We’re looking at signing agreements with shipping companies that can improve direct services instead of having to come through Jebel Ali.” A new shipping line to India has been launched, connecting Hamad Port with Mundra and Nhava Sheva in India. Vessels using the new line will visit Hamad Port every Friday. Also, new services have been announced from Oman, which has remained neutral during the crisis. http://www.gulf-times.com/story/553468/It-s-business-as-usual-at-Hamad-Port-as-the-worst-

(Bloomberg) — The biggest Middle East oil and container ports banned all vessels sailing to and from Qatar from using their facilities amid a diplomatic crisis gripping the world’s main energy-exporting region. Saudi Arabian and Bahraini authorities closed off all of their ports to Qatari-flagged vessels or ships traveling to or coming from the Persian Gulf state, according to a notice posted on the website of Inchcape Shipping Services Tuesday. Container and oil terminals in the United Arab Emirates also closed off traffic to any ships touching Qatar, according to separate statements from three port operators. The three Persian Gulf countries and Egypt severed ties with Qatar Monday citing its support for regional rival Iran and for extremist groups. The dispute pits two of OPEC’s largest oil producers — Saudi Arabia and the U.A.E. — against the world’s biggest exporter of liquefied natural gas and further disrupts stability in the region. The shipping restrictions risk hurting shipments of oil and refined products from the world’s biggest energy exporting region. Saudi Arabia’s eastern coast is home to the port of Ras Tanura, which state-owned Saudi Arabian Oil Co. says is the biggest crude terminal in the world. Jebel Ali port, the region’s biggest container terminal, will be restricted from Tuesday until further notice, its operator Dubai’s DP World Ltd. said in an emailed statement. In the U.A.E., DP World operates Jebel Ali along with Dubai’s Mina Rashid and Mina Al Hamriya ports, according to its website. Government-owned Abu Dhabi National Oil Co. closed its crude and refined-product ports to any vessels to or from Qatar, according to a notice obtained by Bloomberg News. The port at Fujairah, a main oil transit and refined product hub, said Monday it was closed to Qatar-linked traffic. “It’s more of a logistical issue that you can get around,” Jonathan Lee, chief executive officer of shipping pool operator Tankers International, said of the inability of Qatari ships to fill their tanks at Fujairah. “It’s not the end of the world.” Shipping at Egyptian ports was operating normally as of Tuesday, according to Inchcape. The company also said the Suez Canal Authority has advised that there aren’t restrictions on vessels in the waterway since it is an international route. © 2017 Bloomberg L.P