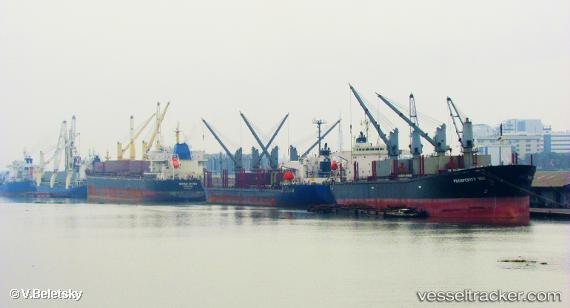 The distribution of the volume of goods handled by the container terminal of the port of Douala showed that 80% are domestic, while only 20% go to Chad and the Central African Republic (CAR). This was revealed by Frederik Klinke (photo), Managing Director of Douala International Terminal (DIT), a company controlled by Bolloré-APM Terminals, during an interview with Défis Actuels. According to him, this figure which reflects a decrease in volumes to the two hinterland countries is the result of a decline in the prices of oil and other commodities during 2015 and 2016, across the entire CEMAC region.

The difficulties experienced by operators in Douala port constitute a roadblock to wood exports in Congo, Gabon, and Cameroon. This is revealed by the International Tropical Timber Organization (ITTO) in its sectoral report on the international wood market covering the period from July 1 to 15, 2018. “Much of the efforts of producers and exporters is focused on trying to overcome shipping problems caused by congestion, limited access for vessels (Ed. Note: due to the congestion of the channel which is yet to be dredged) and loading difficulties at the port of Douala”, the ITTO informs in its report. It also adds that “the knock-on effect of the port congestion has been a temporary decline in shipments of some products notably okoume sawnwood from Gabon and logs from Republic of Congo”. This situation coincides with an increase in the demand for Okoumé and tropical sawn wood on the international market. Therefore, to cash in this situation and benefit from the price increase projected by the ITTO, the exporters are striving to send their products. For instance, according to credible sources, some exporters sent their woods via Kribi deepwater port commissioned in March 2018 in South Cameroon. Our source also reveals that Société d’exploitation des parcs à bois du Cameroun (SEPBC), the concessionaire of Douala port’s log yard was granted about 23,000 metric cube storage area in Kribi port. According to the ITTO, from there, SEPBC will intensify its containerized exports with the support of a Chinese ship-owner. Source: BusinessInCameroon

he CMA CGM Group is pleased to announce that on July 25, 2017, the official signing ceremony for the concession agreement of the new container terminal was held in Kribi, Cameroon, chaired by the Minister for Transport, Mr Edgar Alain Mébé Ngo’o. Following an international call to tenders, the consortium of the French groups CMA CGM and Bolloré Transport & Logistics as well as the Chinese group CHEC, were granted the funding and the operation of the Kribi Container Terminal, which they will manage for 25 years under a Public-Private partnership with the State of Cameroon.