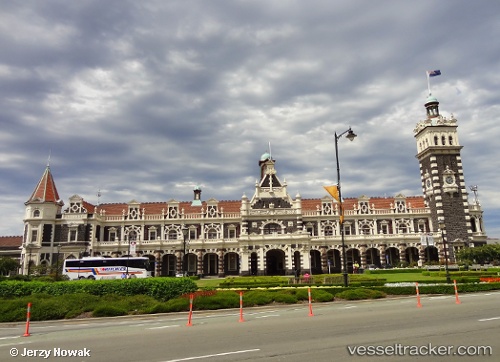 Logging exports from Dunedin during the past weeks have been "heavy", with trucks, marshalling yards and ship-loading operations approaching capacity at Dunedin and Port Chalmers. Two vessels, the Himawari K in Dunedin’s upper harbour and African Alke at Port Chalmers, on its maiden visit, were in Dunedin for much of last week, loading more than 55,000 tonnes of logs for export, mainly for delivery to China and other Asian destinations, including Korea and a small number to India. The Himawari K was understood to have departed with about 37,000 tonnes of logs, having left the upper harbour to be "topped up" from Port Chalmers, while the African Alke was loaded at Port Chalmers with about 19,000 tonnes. Port Otago commercial manager Peter Brown said having two to three vessels in at any one time was not unusual now, but log operations around yards had been "very heavy" during the past week. https://www.odt.co.nz/business/log-loading-nears-capacity