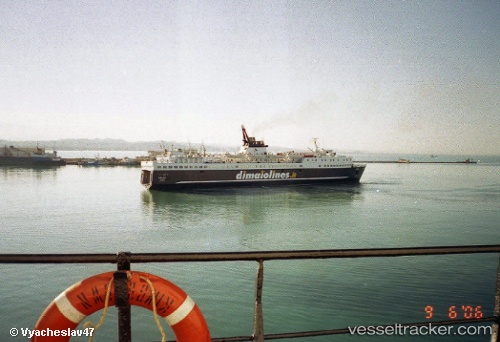 Durres port in Albania will become a strategic point of freight transport for Albania and the whole region, Minister of Infrastructure and Energy Damian Gjiknuri declared. According to Gjuknuri, the Norwegian Government will support Albania with a 1.4 million euro (about 1.6 million U.S. dollars) fund to provide technical assistance to harmonize the maritime sector legislation with that of the EU, and to support the Naval Marine Corps Department of Vlora University, southwest Albania to supply this sector with human resources.

APL has announced the addition of Durres, Albania and Thessaloniki, Greece as new ports of call to its Mediterranean Express 1 (MX1) service; as well as Novorossiysk, Russia Black Sea and Poti, Georgia to the seaports which its Mediterranean Express 2 (MX2) service is calling. The extended network of the MX1 and MX2 services demonstrates APL’s emphasis on providing a comprehensive global connectivity. North Asian shippers with an interest to penetrate the European markets of Albania, Greece, Russia and Georgia can now rely on the enhanced MX1 and MX2 services for market access. Currently, the improved MX1 service is calling the ports of Qingdao, Busan, Yangshan, Ningbo, Xiamen, Nansha, Yantian, Singapore and Malta where shipments are trans-shipped to Durres and Thessaloniki. The refined MX2 service is now calling Qingdao, Yangshan, Ningbo, Kaohsiung, Hong Kong, Yantian, Singapore and Piraeus where cargoes are trans-shipped to Novorossiysk and Poti.

Oil pollution that struck the beach of the Albanian port and resort of Durres a few days ago has revealed the negligence of institutions in preventing such situations. Albania has also been slow in implementing regulations to ensure greater discipline regarding the waste management of ships anchored in the country's ports. The Ministry of Environment a year ago proposed a regulation to the Council of Minister about imposing an environmental fee for all vessels anchored. Now, as a result of the lack of rules, some of them skip depositing their waste in the ports and do so in the open sea.The ministry told BIRN that the new regulation would seek to control the waste processing of all ships entering ports, forcing them to deposit their waste in a more organized way. The ministry says the new regulation would encourage them to deposit their waste in the ports since they already have to pay the fee. http://www.balkaninsight.com/en/article/oil-slick-in-durres-causes-outrage-in-albania1-11-12-2015