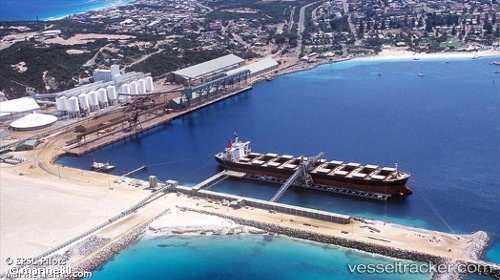 No significant changes at Esperance port

Day-to-day operations at the Esperance port will not be effected by the planned ports amalgamation, says Minister for Transport Dean Nalder. Mr Nalder was in Esperance last week as part of the regional cabinet meeting and toured the Esperance Ports Sea and Land, which is due to be merged with the Bunbury and Albany port authorities next month. Concerns have been raised by the Esperance Chamber of Commerce and Industry, WA Labor and the Maritime Union of Australia that the creation of the new Southern Ports Authority will lead to the loss of local management, jobs and procurement opportunities in Esperance. However, Mr Nalder rejected claims Esperance would be adversely effected by the amalgamation, stating that the planned changes were only at the board level. “Operationally, the ports on a day-to-day basis will be the same,” he said. Mr Nalder, who became Transport Minister in March after replacing the disgraced Troy Buswell, said he had been impressed during his tour of the Esperance port. With the Asciano Limited-led YES consortium being selected last month as the preferred proponent to finance, build and operate the planned multi-user iron ore facility at the port, Mr Nalder said he did not expect a reduction in staff levels.